'I Thought It Was Fine.' The Woman Behind the 'I Made Queso' Meme Breaks Her Silence About the Dip That Upset Everyone

Press secretaries are used to taking the heat, but it’s usually not about their cooking. So on Super Bowl 2019, George W. Bush’s former press secretary got a taste of a something a little different. Dana Perino was watching the New England Patriots’ lackluster battle against the Los Angeles Rams when she decided to share a photo of the bubbly queso she had made for the festivities.

“I made queso,” Perino, now a Fox News anchor, captioned her creation. A nice enough thing to do for a Super Bowl 53 party. But her detractors did not see it that way, and the “I made queso” meme was born.

Everyone seemed to agree: a good queso, this was not. The aesthetically unappetizing dish quickly inspired a ferocious meme offensive, the most prominent among them a macabre take from comedian Patton Oswalt.

It was the kind of moment that got thousands talking, pulling focus from the broadcast that millions were watching, but Perino didn’t even realize just how far her dip had spread until later.

“My dentist texted to say it was the best part of the Super Bowl,” she told TIME on Monday. “People were getting a good laugh about it all, but I didn’t realize the scope of it until the mid-day.

Perino, who now splits her time between anchoring FOX News’ The Daily Briefing and co-hosting The Five, admits that cooking is not her area of expertise.

The cheese dip may have looked awful to her harshest food critics online, but Perino insists it was a crowd pleaser.

“Well, I’m not much of a foodie, so I thought it was fine. Good with chips. My friend Russ Lucas ate three bowls of it.” She added that her girlfriends even said “it was quite good.”

As for Perino’s future contributions to parties? She may be retiring the pot.

“I think I’ll be asked only to bring wine to dinners in the future. And I will be happy to do that,” she said. 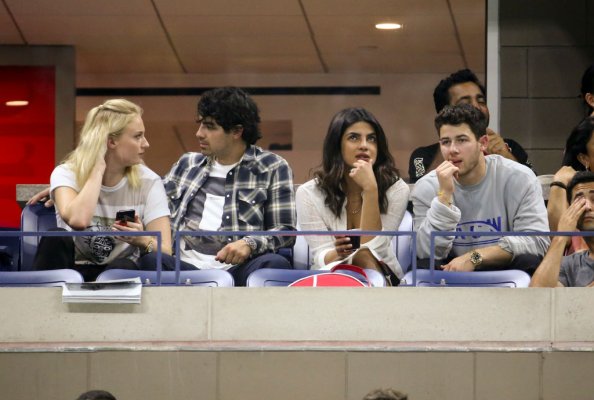 Sophie Turner and Priyanka Chopra Celebrated the 2019 Super Bowl in the Best Way
Next Up: Editor's Pick