President Donald Trump speaks during a meeting with Hispanic pastors at the Roosevelt Room of the White House January 25, 2019 in Washington, DC.
Getty Images
By Alejandro de la Garza

President Trump returned to a favorite, often-debunked assertion on Sunday when he claimed there was “rampant” voter fraud in Texas and “all over the country.”

“58,000 non-citizens voted in Texas, with 95,000 non-citizens registered to vote,” the President tweeted Sunday morning. “These numbers are just the tip of the iceberg. All over the country, especially in California, voter fraud is rampant. Must be stopped. Strong voter ID!”

Those numbers are mischaracterizations of an announcement made by the Texas secretary of state’s office on Friday. It said it would be sending local election officials a list of 95,000 registered voters who, the office suggests, should have their citizenship status verified by local authorities, reported the Texas Tribune. Of those, 58,000 are shown to have voted at least once over a 22-year period, from 1996 to 2018, according to the secretary of state’s office.

The secretary of state’s advisory does not state whether any of those individuals were actually non-U.S. citizens when they voted.

Those individuals had been noted by the Texas Department of Public Safety as having “provided valid documents indicating the person is not a citizen of the United States at the time the person obtained a Driver License or Personal Identification Card.” They may have used a work visa or a green card in that process.

According to the Tribune, an unknown number of these individuals are actually, or are currently, non-U.S. citizens. And there is no telling when or if that information will be made available from the Texas secretary of state’s office.

Additionally, in the notice, the Texas secretary of state’s office said that the individuals identified on the list “will need to be treated as WEAK matches.” County authorities can either choose to investigate voters on the list, or take no action if the voter registrar believes there is no reason to think the voter is ineligible.

The Texas Tribune noted that it is possible that over the two decades cited by the secretary of state, many of those individuals became naturalized citizens.

If local authorities choose to investigate a voter, they are required to send a notice requesting proof of citizenship within 30 days. The secretary of state’s announcement notes that counties may not remove a voter from the rolls without first sending out that notice.

The office of the Texas Secretary of State did not immediately respond to a request for comment.

In a similar incident in 2012, Colorado Secretary of State Scott Gessler sent out 3,903 letters to suspected noncitizen voters. He asked them to either prove their citizenship or remove themselves from the voter rolls. Those on the list had been identified in a similar manner to those this year in Texas.

After cross-checking the names with a Department of Homeland Security database, the state identified 35 non-citizens who it said had voted in Colorado elections, less than 1% of those who it originally cited.

Trump tagged Fox and Friends in his tweet, apparently referencing information presented in the show earlier that morning.

On the show Sunday morning, hosts characterized the voters as “non-citizens,” though a screen shown in a different shot hedged that statement, reading that 58,000 non-citizens “may” have voted in Texas elections.

Trump has repeatedly propagated misleading or inaccurate claims of widespread voter fraud in order to support an agenda of increased border security and stricter voter ID laws. He has also used false claims about illegal voting to explain why he lost the popular vote in the 2016 election. 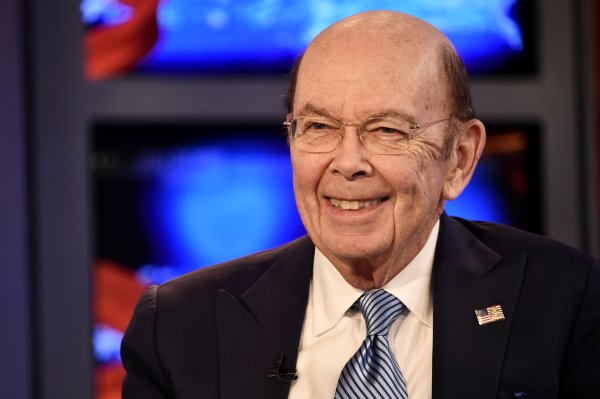 Trump's Commerce Secretary Asked Why Furloughed Workers Are Going to Food Banks
Next Up: Editor's Pick