These Are the 5 Women Killed in the Florida Bank Shooting

Family and friends are remembering the lives of five Florida women whose lives were cut short when a gunman entered a south-central Florida bank and opened fire.

According to the affidavit, when police arrived inside the bank, the victims’ bodies were found face-down in the lobby with gunshot wounds to the head and upper torso.

Xaver was apprehended by authorities after he called 911 Wednesday to say he shot five people at the bank. On Thursday, police said they have still not found a motive for the “random” shooting.

“We have no information at this time as to what his true motive has been,” Sebring Police Chief Karl Hoglund told reporters. “We believe it was a random act where nobody specifically was targeted.”

Those close to the victims have taken to social media to mourn their deaths. All of the women leave behind widowers.

Here is what to know about the five victims of the SunTrust Bank shooting.

Cynthia Watson was the only victim of the shooting who was not an employee at SunTrust Bank.

According to Highlands News-Sun, Watson had recently married Tony Watson in January after five years together. The pair lived in in Venus, Fla., with their two dogs, chickens and goats.

“She’s the first real true friend I ever had,” Tom Watson told the News-Sun. “She was one of those people who would do anything for anybody.”

Debra Cook was an employee at SunTrust bank.

According to her Facebook page, Cook originally hailed from Twentynine Palms, Calif. and was married to Michael Cook since 1984. Cook had two sons, and was a grandmother.

She was identified as a victim of the shooting by family members on social media.

Jessica Montague, a married mother of three, worked as a teller at the Sebring bank.

Montague was identified as a victim of the shooting by her husband, Jermaine Montague, who said his wife was killed on his 33rd birthday.

On Thursday, a GoFundMe fundraiser was launched to help the Montague family with any necessary expenses.

“Jessica was an amazing individual who’s life was taken too short and in an unnecessary and senseless matter from the shooting that occurred at the Sebring SunTrust,” the page said.

Marisol Lopez also worked as a teller at the Sebring Bank. The married mother of two was remembered by her former co-worker, Shelley Speight Lopez, for having a generous spirit.

“What always stood out about Marisol was her kindness, her giving heart, her sweet spirit, and her willingness to help everyone,” Lopez posted on Facebook. “She never complained, never lost her temper, and had a work ethic second to none! I remember nominating her for the Teller of the Year Award without her knowing.”

According to Florida Today, Lopez sang in the choir and taught Sunday school at the Spanish-speaking Nuevo Pacto Methodist church in Sebring.

“We cannot explain what happened because it came from darkness and we don’t deal with the darkness,” Rev. Rinaldo D. Hernandez told Florida Today.

On Thursday, Ana Piñon-Williams was identified as one of the victims of the shooting.

According to the Highlands News-Sun, Piñon-Williams was a mother of 7, including her three biological children and four step-children. She was originally from Mexico and moved to Okeechobee, Fla., where she met her husband of six years.

Piñon-Williams’ brother-in-law, Tim Williams, addressed the press with a statement on behalf of her family.

“We will never forget Ana, she will forever live in our hearts and minds,” Williams said.

Piñon-Williams began working at the Sebring bank on Jan. 4

“Her life was truly a light in this world, she made it a better place,” her brother-in-law continued. “Ana was new to the SunTrust family but she loved her work and her co-workers. SunTrust representatives and executives have been with us every step of the way. We appreciate their ongoing care and support.” 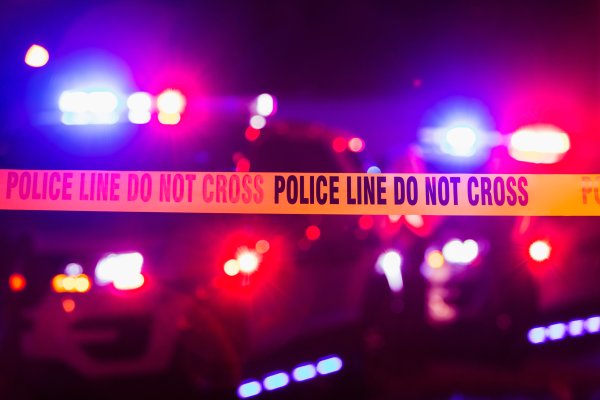