Roger Stone, a longtime adviser to President Donald Trump, was arrested Friday in connection with the special counsel’s Russia investigation.

Stone faces a seven-count indictment, with charges including obstruction, witness tampering and making false statements related to his contacts with WikiLeaks, the organization responsible for the release of hacked Democratic emails in the 2016 presidential election.

FBI agents took Stone into custody from his home in Fort Lauderdale, Fla. on Friday morning.

CNN video footage of the FBI arresting Stone shows a group of agents approaching his home. After a knock, one agent says, “FBI. Open the door,” before adding, “FBI. Warrant.”

FBI agents are currently working without pay, and many are furloughed due to the partial government shutdown.

Following the arrest, Trump questioned why CNN was on hand to film the arrest. “Who alerted CNN to be there?” he tweeted.

CNN producer David Shortell said on air that a camera crew had been staked out at Stone’s home because CNN journalists noticed “unusual” grand jury activity in Washington, D.C., that led them to believe a raid on Stone’s might be imminent. 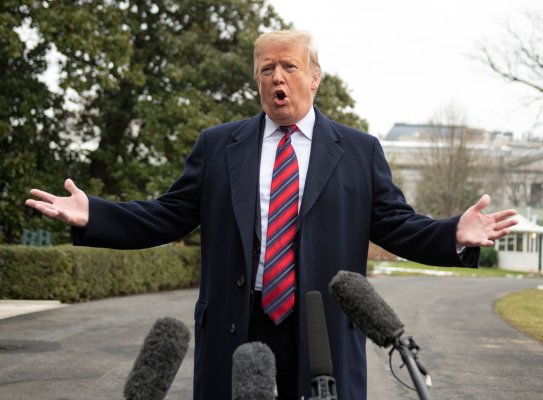