Weezer Dropped a Surprise Album of Covers. One Song in Particular Is Raising Eyebrows

In the wake of Weezer’s recent cover of Toto’s 1981 hit “Africa” turning into their highest-charting song in nearly a decade, the band has dropped a surprise new album consisting entirely of covers.

Dubbed The Teal Album—in the band’s tradition of nicknaming albums for colors—the 10-track record features covers of a number of throwback hits, including Michael Jackson’s “Billie Jean,” Ben E. King’s “Stand By Me,” Black Sabbath’s “Paranoid” and The Eurythmics’ “Sweet Dreams (Are Made of This).

But it’s their cover of TLC’s “No Scrubs” that people can’t seem to wrap their heads around. Following the album’s Thursday debut, some took to Twitter to sound off about Weezer’s rendition of the 1999 banger.

“No Scrubs. Weezer are covering No Scrubs. I’m more upset about this than I have any right to be,” wrote one disgruntled listener.

“I’m listening to the No Scrubs cover and Weezer needs to be stopped y’all. Like this MUST be a felony,” added another. “This is straight up a cover by the person the song was describing in the first place.”

See some other reactions to The Teal Album below. 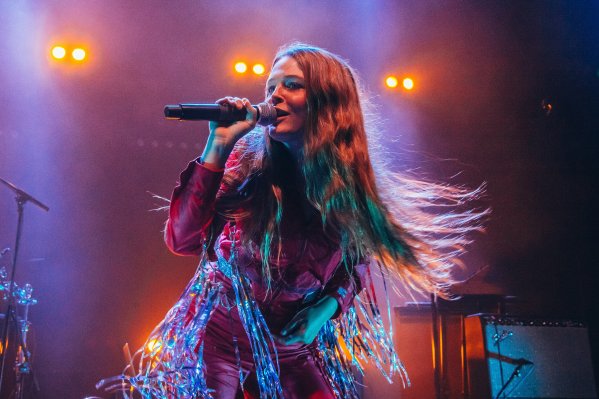 The Genre-Defying Sound of Maggie Rogers
Next Up: Editor's Pick