These days, people aren’t exactly clamoring to recognize two white guys as heroes. But we only stand to lose if we neglect the legacy of old-school journos like Jimmy Breslin and Pete Hamill, subjects of the lively and suitably sly HBO documentary Breslin and Hamill: Deadline Artists.

Breslin and Hamill were stars of the New York City newspaper scene from the 1960s through the ’80s, though their influence stretched far beyond Manhattan. Both tackled issues of race and class with bravado, speaking up for the powerless and deflating the powerful. Breslin, covering John F. Kennedy’s assassination for the New York Herald Tribune, found the worker who dug the President’s grave at Arlington Cemetery, Clifton Pollard, weaving his story into a beautifully detailed piece of reportage. In the mid-1960s, Hamill filed dispatches from Vietnam and, not long afterward, had the terrible honor of reporting on the death of a politician who had become a friend, Robert F. Kennedy.

Deadline Artists–directed by Jonathan Alter, John Block and Steve McCarthy–includes archival footage and contemporary interviews with the likes of Gay Talese, Gloria Steinem and Spike Lee. Best of all, though, are the recently conducted interviews with Breslin (who died in 2017 at age 88) and Hamill. Both were working-class kids who came out of tough New York neighborhoods, learning their craft from the bottom up. At one point the elderly Breslin, less combative than in his younger days but still flinty, reflects on the writing education he got from the nuns at Catholic school: They stressed “subject, verb and object,” he says. “Concrete nouns, active verbs,” Hamill adds. Breslin sums it up: “It was pretty good teaching.” Those nuns knew vivid, muscular prose when they saw it. 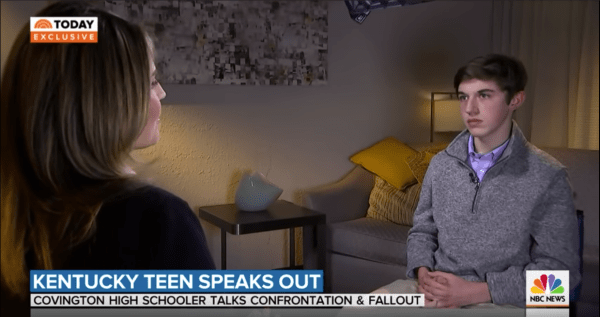 The Problem With Savannah Guthrie's Nicholas Sandmann Interview
Next Up: Editor's Pick