Herbert Karliner, one of the survivors of the 900 Jewish refugees fleeing Hitler who were aboard the ocean liner, St. Louis, in 1939, shares photos and documents from his ordeal on Nov. 18, 2015, in Aventura, Fla.
Carl Juste—TNS via Getty Images
By Lily Rothman

On Nov. 7 of last year, Canadian Prime Minister Justin Trudeau made headlines by apologizing — nearly 80 years after the fact — for his country’s refusal to admit the Jewish refugee passengers of the St. Louis, many of whom were subsequently killed by Nazis.

“We refused to help them when we could have,” Trudeau said. “We contributed to sealing the cruel fates of far too many at places like Auschwitz, Treblinka and Belzec. We failed them. And for that, we are sorry.”

It’s likely that many Canadians were surprised to hear about that ignominious moment in their own national history.

After all, a survey conducted just weeks earlier had shown that fewer than 15% of Canadians had ever heard of the ship. And even after being told its sad story, only about a quarter thought that Canada would have been one of the countries to turn it away. Only 1% had heard of the Belzec extermination camp, and 2% of Treblinka extermination camp.

That revelation was just one of the results of a new study, released early Thursday morning, that details the level of Holocaust awareness among Canadian adults. Released in the days leading up to Sunday’s observance of International Holocaust Remembrance Day, it follows on the heels of a study last year that revealed some major gaps in American knowledge about the Holocaust. It was commissioned by the Azrieli Foundation, a Canadian philanthropic organization that counts Holocaust education as part of its mission, in partnership with the Claims Conference, the Jewish group that commissioned the initial survey.

The study generally shows that Canadians share a basic knowledge of the Holocaust but are often weak on the specifics. Among the findings: A full 22% of Millennial respondents were less that totally sure that they’d ever heard or seen the word “Holocaust.” Of all respondents, 23% said that fewer than 6 million Jewish people were killed during the Holocaust. While most people could name Germany as a country in which the Holocaust took place, significantly fewer indicated that its effects spread to other places like Poland or Hungary. Only 55% could definitely say they’d ever heard of the idea of anti-Semitism.

Just under a quarter of Millennials and 36% of others believed that Canada had an “open immigration policy for any Jewish refugee” during the Holocaust — an idea countered by the story of the St. Louis. In fact, Jewish immigrants and refugees were systematically kept out of Canada during that period, under a policy summed up as “none is too many.”

To those who organized the survey, the results are a sort of call to arms, and a reminder of the importance of education.

“With our work on Holocaust education, we already had a unique view of the subject,” Naomi Azrieli, the Azrieli Foundation’s chair and CEO, tells TIME. “It’s important to have the data to measure it.”

In her own life, Azrieli says, her father’s experience as a survivor meant that the Holocaust was something she learned about early on, at home. But she also remembers when it was first brought into the classroom, in a world history class in high school. Her teacher did a good job with the material, she remembers, but she got the impression that she’d just been lucky in that regard.

As is the case in the U.S., Azrieli explains, Canada’s education system is not centralized. Where and how the subject comes up varies widely across provinces and schools. Her family’s foundation has repeatedly observed that teachers can teach the subject matter well — and want to — but often need extra support to do so successfully. For example, at a recent teacher training the foundation ran, she says, one of the teachers participating said she’d never heard the word anti-Semitism before.

“Our takeaway from the study, as shocking as some of the statistics were, is that now more than ever teachers need to be supported,” Azrieli sys.

The study backs up the idea that people want to learn about this history and they’re worried about the effects if they don’t.

A full 47% of Canadians — actually four percentage points fewer than Americans — believe there are currently a great deal or many neo-Nazis in the United States. Nearly half said something like the Holocaust could happen in another Western democracy today; about a quarter thought it was possible in Canada specifically, and 62% of non-Millennials think anti-Semitism exists in their country. The results also show that knowledge is counter to extremism, as “the less Canadians know about the Holocaust, the more likely they are to tolerate Neo-Nazism,” as the study’s executive summary puts it.

A large majority — 85% — said it was important to keep teaching the subject, specifically so that the Holocaust doesn’t happen again.

“People understand why it’s so important to teach this,” Schneider tells TIME.

Whether that understanding translates to higher levels of knowledge in the future remains to be seen. 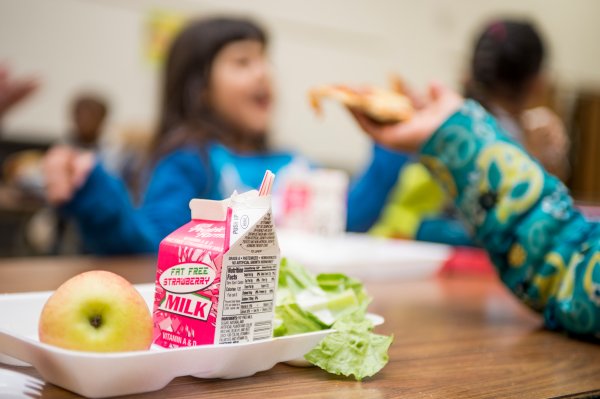