23andMe Has a New Genetic Cancer Test. But the Results Don't Tell You the Whole Story

Consumer genetics company 23andMe is diving deeper into the medical space. On Jan. 22, the company announced that the Food and Drug Administration (FDA) approved its newest report, which can flag whether people have genetic variants that may raise their risk of developing colorectal cancer.

The new test looks for two gene variants associated with MUTYH-associated polyposis, an inherited colorectal cancer syndrome. “If left unchecked, carrying both of these variants or having two copies of one increases the risk of developing colorectal cancer to between 43 and 100 percent,” according to 23andMe. The test will be available as part of 23andMe’s Health and Ancestry spit test (which costs $199), but as with many of the company’s more sensitive reports, users must opt in to receive their results.

“For people who get that two-variant result, this can be absolutely life-saving,” says Jamaica Perry, senior product scientist at 23andMe. “Colorectal cancer is something that can get pretty far along before somebody might notice symptoms of it. If somebody finds out in their 20s or 30s that they have this increased risk, that could actually help them set up a surveillance plan with their doctor and give them a much better life.”

But a simple genetic test doesn’t tell the whole story. The vast majority of colorectal cancers aren’t caused by known genetic factors, so a person who doesn’t test positive for these variants may still go on to develop the disease, the company says.

But the reverse is also true, says Dr. Stacey Cohen, a medical oncologist who specializes in colorectal cancers at Seattle Cancer Care Alliance.

“Just because you have the gene does not guarantee that you’ll get the disease or syndrome,” Cohen says. “Any genetic information needs to be interpreted on an individualized level in the context of their personal and family history. Only then are people well-equipped to make informed health decisions about future surveillance or risk reduction.”

Beyond the influence of a person’s family and individual history, genetic cancer risk can be complex to assess, Cohen says. When it comes to colorectal cancer cases, only a small proportion — about 5% — are hereditary, and most of those are tied to a separate condition called Lynch syndrome, which 23andMe’s test does not look for. Cohen says MUTYH is present in up to 1-2% of the population, and not all of those people will get colorectal cancer. MUTYH is also associated not just with colorectal cancer but also with small bowel, ovarian, endometrial and bladder cancers, she says.

Lifestyle and medical factors — such as diet, exercise, diabetes, obesity, smoking and drinking — can also put people at risk for colorectal cancer, so a negative genetic test result does not necessarily mean someone is in the clear. Perry stresses that point, noting that “it actually doesn’t change the risk substantially to find out that they don’t have these two variants.” Still, she says it’s valuable for people to know that colorectal cancer has any genetic tie at all, since many people don’t realize that it can be heritable.

The new test is the latest of 23andMe’s recent forays into the medical world after a hiatus. In 2013, the FDA warned 23andMe to stop selling and marketing tests that claimed to assess genes associated with conditions including diabetes and breast cancer, since the tests did not have proper approvals. While waiting to get the necessary green lights, the company focused on its genealogy products.

After a string of FDA approvals starting in 2015, however, 23andMe now offers a growing array of medically focused products. In 2018, it secured FDA approval for its first cancer-related test: one that looks for three of more than 1,000 known variants of BRCA1 and BRCA2, two genes associated with breast cancer. The FDA has also approved its tests for genetic links to Parkinson’s, Alzheimer’s and other diseases, and a report about how people can expect to respond to certain drugs.

Cohen says she has mixed feelings about these offerings. “I appreciate that they are learning information about people and actually sharing that information back so they can hopefully help people make informed decisions. On the other hand, I don’t think they are providing enough information,” Cohen says.

“I would ask that [consumers] take any health-related prognostication information back to a medical provider that they trust in order to help interpret the results on an individualized level,” she says.

The original version of this story mischaracterized BRCA1 and BRCA2. They are genes that when mutated can increase risk for breast cancer, not genetic variants associated with breast cancer. 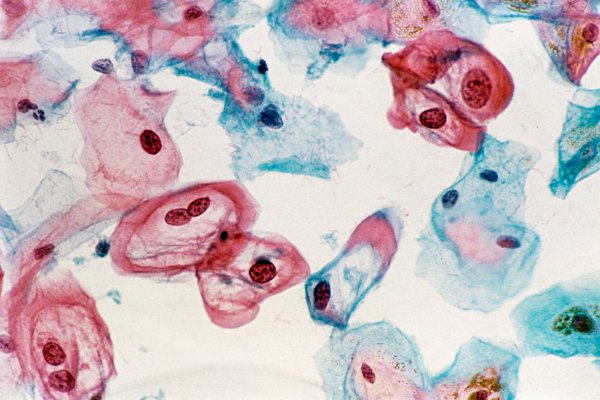 Cervical Cancer Screenings Save Lives. So Why Aren't More Women Getting Them?
Next Up: Editor's Pick