The U.S. says it will seek to extradite a top executive from China’s Huawei from Canada, a move that will exacerbate the ongoing rift among the three nations over the arrest last month of CFO Meng Wanzhou, Reuters reports.

“We will continue to pursue the extradition of defendant Ms. Meng Wanzhou, and will meet all deadlines set by the U.S./Canada Extradition Treaty,” Justice Department spokesman Marc Raimondi said in a statement, according to Reuters. “We greatly appreciate Canada’s continuing support of our mutual efforts to enforce the rule of law.”

Beijing demanded Tuesday that the U.S. drop the arrest warrant against the tech giant CFO. Foreign Ministry spokeswoman Hua Chunying said that China urges the U.S. to “not make a formal extradition request to the Canadian side,” AP reports.

Wanzhou was arrested in Vancouver on Dec. 1 at Washington’s request. The U.S. has accused Huawei, the world’s biggest producer of telecoms equipment, of violating sanctions against Iran.

Since Wanzhou’s arrest, Chinese authorities have reportedly detained more than a dozen Canadians. While most have since been released, one was sentenced to death.

The U.S. has until Jan. 30 to file a formal extradition request. Once received, Canada will then have 30 days to assess and execute the request. 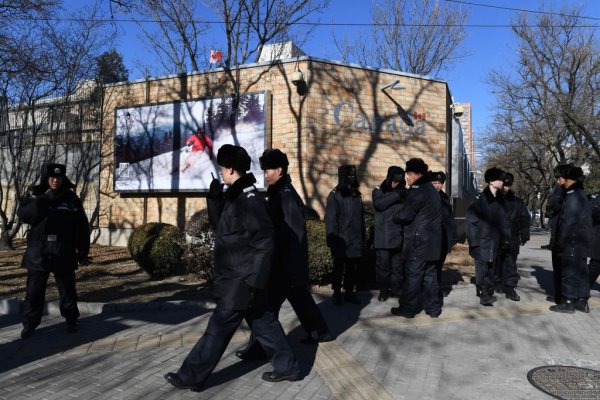 Canada Says 13 of Its Citizens Have Been Detained in China
Next Up: Editor's Pick