Aspirin Lowers Your Chances of a Heart Attack. But It's Not Safe for Everyone, a New Study Says

As medications go, aspirin is often considered a wonder drug. Its pain-relieving, inflammation-taming powers can treat headaches, minor aches and pains and even lower the risk of heart disease, stroke and possibly even dementia.

But all of those benefits may come at a price, according to the latest study to analyze aspirin’s risks and benefits, especially for people who take the drug as a way to prevent having a first heart event. In a study published in JAMA, researchers led by Dr. Sean Zheng at King’s College London found that the risks of aspirin — primarily of bleeding in the stomach and intestinal tract — are about equal to the benefits the drug may provide in lowering risk of heart events in people who have not had heart problems.

In other words, when it comes to weighing the heart-health benefits of aspirin to its gastrointestinal risks in this population, for most people, it’s a wash.

Researchers have long known that popping aspirin comes with a risk of bleeding, but the new study directly compares that risk to the benefits. They looked at data from more than 160,000 people ages 53 to 74 who had not experienced heart events. (Some did have risk factors for developing them, however.) Those who took a daily low-dose aspirin lowered their risk of dying from heart disease, having a heart attack or stroke by 11% compared to people who did not take aspirin — a 38% drop in absolute risk for heart events. But people who took aspirin also had a 43% higher risk of a major bleeding event compared to those not taking the drug, equalling a 47% jump in absolute risk. That suggests that the risks may not outweigh the benefits for healthy people, which raises the question of when, and even if, people without heart trouble should be taking aspirin at all.

The evidence for taking a daily aspirin started with people who had cardiovascular issues. Studies have shown that people who have already had heart attacks and strokes can lower their risk of another event by around 20% to 25% if they take low doses of aspirin daily. That led doctors to wonder if people who have not yet had heart attacks — but who might be at higher risk for them because of problems like diabetes, high blood pressure and overweight — might also lower their risk by taking aspirin preventively. Studies so far have been mixed. Some show benefit, some show no benefit and some show more harm than benefit. Guidelines on which doctors rely to help them advise patients are similarly conflicting or vague. The U.S. Food and Drug Administration, for example, warns that people who have not had a heart attack should not be taking aspirin to prevent against one, while the U.S. Preventive Services Task Force recommends that people who want to prevent a first heart event and are between the ages of 50 years to 59 years should only take aspirin if they have a 10% or greater risk of having heart trouble in the next 10 years. But determining that risk is tricky, since it involves a subjective consideration of a range of heart disease risk factors, including smoking history, blood pressure and diabetes, among other things.

Because aspirin is available without a prescription, some people who worry about their heart risk may feel justified in popping a low-dose pill every day. But the findings, says Zheng, should remind them that aspirin does have side effects, and like any drug, should only be taken after discussing the risks and benefits with a doctor. The results may contribute to making physicians less likely to recommend aspirin to people who have not yet had a heart event. “They provide confidence that there are significant risks, and maybe those risks aren’t necessarily small enough to suggest aspirin is a benign drug,” he says. Given the bleeding risk, “aspirin it not necessarily a safe drug to use.”

For Zheng, deciding whether to put someone on aspirin to prevent a first heart attack often depends on whether there are other reasons for the person to be taking aspirin, such as if they experience angina or stroke symptoms. If not, he says, it may make more sense to talk to people about changing their diet and exercise habits before recommending they take aspirin. “If you haven’t had a heart attack or symptoms suggesting you are going to have a heart attack, then you probably don’t need to take aspirin,” he says. 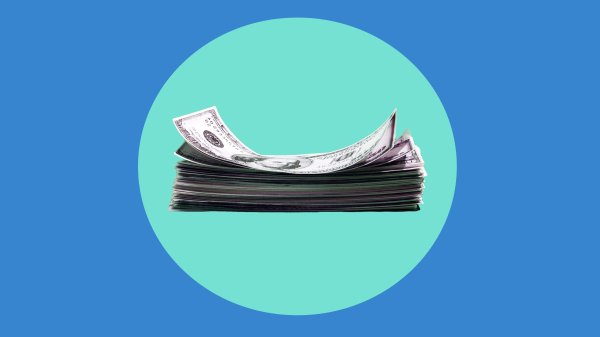 How Losing Money Can Increase Your Risk of Heart Disease—Even If You're Young
Next Up: Editor's Pick