Nootropics, or ‘Smart Drugs,’ Are Gaining Popularity. But Should You Take Them?

The idea that a pill can supersize human intelligence is decidedly science fiction. But plenty of real-world researchers and drug-makers are working to develop nootropics: pills, supplements and other substances designed to improve various aspects of cognition.

A rough translation for the word “nootropic” comes from the Greek for “to bend or shape the mind.” And already, there are dozens of over-the-counter (OTC) products—many of which are sold widely online or in stores—that claim to boost creativity, memory, decision-making or other high-level brain functions. Some of the most popular supplements are a mixture of food-derived vitamins, lipids, phytochemicals and antioxidants that studies have linked to healthy brain function. One popular pick on Amazon, for example, is an encapsulated cocktail of omega-3s, B vitamins and plant-derived compounds that its maker claims can improve memory, concentration and focus.

But do “smart pills” really work?

Many of these supplements include exotic-sounding ingredients. Ginseng root and an herb called bacopa are two that have shown some promising memory and attention benefits, says Dr. Guillaume Fond, a psychiatrist with France’s Aix-Marseille University Medical School who has studied smart drugs and cognitive enhancement. “However, data are still lacking to definitely confirm their efficacy,” he adds.

Many of the food-derived ingredients that are often included in nootropics—omega-3s in particular, but also flavonoids—do seem to improve brain health and function. But while eating fatty fish, berries and other healthy foods that are high in these nutrients appears to be good for your brain, the evidence backing the cognitive benefits of OTC supplements that contain these and other nutrients is weak.

A 2015 review of various nutrients and dietary supplements found no convincing evidence of improvements in cognitive performance. While there are “plausible mechanisms” linking these and other food-sourced nutrients to better brain function, “supplements cannot replicate the complexity of natural food and provide all its potential benefits,” says Dr. David Hogan, author of that review and a professor of medicine at the University of Calgary in Canada.

Even if you eat foods that contain these nutrients, Hogan says their beneficial effects are in many ways cumulative—meaning the brain perks don’t emerge unless you’ve been eating them for long periods of time. Swallowing more of these brain-enhancing compounds at or after middle-age “may be beyond the critical period” when they’re able to confer cognitive enhancements, he says.

None of this rules out the potential for some OTC nootropics to improve memory, focus or other aspects of cognition. There just isn’t much compelling evidence to support these claims.

Certain pharmaceuticals could also qualify as nootropics. For at least the past 20 years, a lot of people—students, especially—have turned to attention deficit hyperactivity disorder (ADHD) drugs like Ritalin and Adderall for their supposed concentration-strengthening effects. While there’s some evidence that these stimulants can improve focus in people without ADHD, they have also been linked, in both people with and without an ADHD diagnosis, to insomnia, hallucinations, seizures, heart trouble and sudden death, according to a 2012 review of the research in the journal Brain and Behavior. They’re also addictive.

More recently, the drug modafinil (brand name: Provigil) has become the brain-booster of choice for a growing number of Americans. According to the FDA, modafinil is intended to bolster “wakefulness” in people with narcolepsy, obstructive sleep apnea or shift work disorder. But when people without those conditions take it, it has been linked with improvements in alertness, energy, focus and decision-making. A 2017 study found evidence that modafinil may enhance some aspects of brain connectivity, which could explain these benefits.

Modafinil has some vocal fans, including the “biohacker” and Bulletproof founder Dave Asprey. And at least some of the existing research on modafinil hasn’t turned up serious long-term health risks.

But there are some potential side effects, including headaches, anxiety and insomnia. Part of the way modafinil works is by shifting the brain’s levels of norepinephrine, dopamine, serotonin and other neurotransmitters; it’s not clear what effects these shifts may have on a person’s health in the long run, and some research on young people who use modafinil has found changes in brain plasticity that are associated with poorer cognitive function.

There are some other promising prescription drugs that may have performance-related effects on the brain. But at this point, all of them seem to involve a roll of the dice. You may experience a short-term brain boost, but you could also end up harming your brain (or some other aspect of your health) in the long run. “To date, there is no safe drug that may increase cognition in healthy adults,” Fond says of ADHD drugs, modafinil and other prescription nootropics.

That’s not to say all smart drugs are risky or ineffective.

“One of my favorites is 1, 3, 7-trimethylxanthine,” says Dr. Mark Moyad, director of preventive and alternative medicine at the University of Michigan. He says this chemical boosts many aspects of cognition by improving alertness. It’s also associated with some memory benefits. “Of course,” Moyad says, “1, 3, 7-trimethylxanthine goes by another name—caffeine.”

While caffeine was once considered risky, most experts today agree that caffeine (at least in coffee and green tea) is more beneficial than harmful when it’s consumed in moderation.

But if you’re really looking to boost your brain function in a way that is absolutely, 100% proven to be safe and effective, Moyad says the answer is clear: get some exercise. “I think exercise has the ability to beat any pill for people trying to improve their cognition or memory who are otherwise healthy,” he says.

Exercise isn’t as effortless as taking a pill. But it’s likely the safest way to strengthen your brain—at least for now. 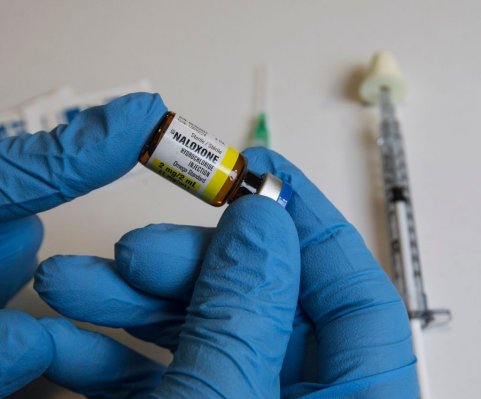 The FDA Is Trying to Make It Easier for Drug Companies to Provide Over-the-Counter Opioid Overdose Antidote
Next Up: Editor's Pick