Acreage Holdings, the multi-state cannabis company backed by John Boehner, says CBS rejected a television advertisement that calls for the legalization of medical marijuana. The network, which is airing the game on Feb. 3, nixed the proposed spot after seeing a rough outline, according to the company.

While medical marijuana is now legal in more than 30 states, the federal prohibition on cannabis has restricted research and made it difficult for some potential patients to get their hands on a drug that proponents say helps treat seizures, pain and other ailments.

The advertisement aimed to “create an advocacy campaign for constituents who are being lost in the dialogue,” Acreage President George Allen said. Super Bowl airtime would have been the best way to achieve this, he added.

“It’s hard to compete with the amount of attention something gets when it airs during the Super Bowl,” Allen said in a telephone interview.

CBS didn’t immediately reply to a request for comment on Monday, which was a federal holiday.

The Super Bowl is typically the most-watched television program of the year, and it’s an opportunity for brands to get in front of millions of Americans. Companies typically debut new publicity campaigns and air their most creative commercials during the event. Some viewers eagerly anticipate the advertisements that run during stoppages in play.

In past years, some advertisers have also grabbed the spotlight for offering up commercials that weren’t likely to be approved.

Acreage, one of the most valuable U.S. weed companies with a market value of more than $2.4 billion, had hoped to raise its profile and push for increased access to medical marijuana. The proposed ad features two subjects who have benefited from medicinal cannabis: a veteran with combat injuries and a child with seizures.

Super Bowl ads are expensive, reportedly costing more than $5 million for an average 30-second spot last year. Acreage, which went public in Canada last year, was prepared to pony up, and created the ad thinking it had a legitimate chance of getting onto the air. The company said it was careful to position the spot as a “call to political action” rather than a pitch for its brand, which now has cannabis operations in roughly 15 states.

“We certainly thought there was a chance,” Allen said. “You strike when the chance of your strike has the probability of success — this isn’t a doomed mission.” 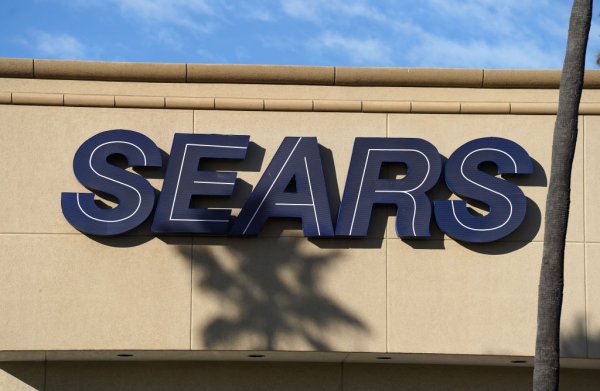 Sears Could Stay Open Thanks to a $5 Billion Bankruptcy Auction Bid
Next Up: Editor's Pick