Mexico experienced a record number of murders for the second year in a row in 2018, with official statistics logging 33% more killings than in 2017, Reuters reports.

Mexican authorities opened 33,341 murder investigations in 2018, the highest number ever, the country’s Interior Ministry reported Sunday. The figure outpaced even last year’s toll of over 25,000, which was then the highest number since the record began in 1997.

The bloodshed was also a pivotal campaign issue last year. Former president Enrique Peña Nieto vowed to stem drug cartel violence, but his tenure saw a 40% increase in murder investigations, according to Reuters.

Mexico’s murder rate has continued to climb since the end of the drug war that ravaged the country from 2006-2012.

The fragmentation of more established cartels has left remaining factions and local gangs fighting for territory and access to drug trafficking routes, resulting in brutal violence. In September, state authorities in Jalisco resorted to temporarily storing corpses in a mobile refrigerated trailer after morgues filled up with victims of the escalating bloodshed.

The central state of Guanajuato topped 2018’s skyrocketing toll with 3,290 murder probes, more than three times the state’s total in 2017. Bloody turf wars have unfolded in Guanajuato as gangs duel for control of the stolen fuel market.

Read more: Why Mexico Is Suffering Record Levels of Violence in 2018

Mexico has become an increasingly hostile to journalists. Nine journalists were killed in Mexico in 2018, making it the third-deadliest country in the world for the media, according to press freedom watchdog Reporters Without Borders (RSF). 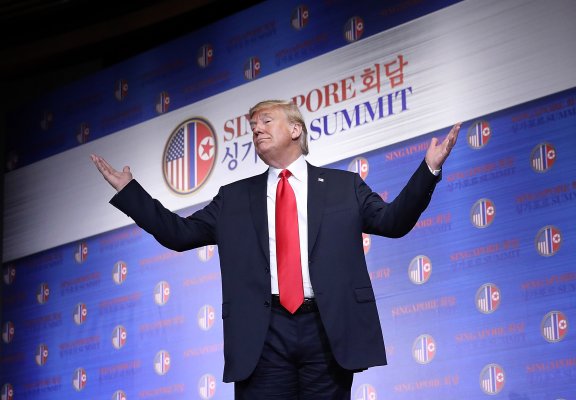 North Korea: Trump's Desperation May Play Into Kim's Hand
Next Up: Editor's Pick