In a new teaser trailer for The Lego Movie 2: The Second Part released on Sunday, a robe-clad animated lego version of the Notorious RBG yields her gavel. “The team has arrived,” reads the video’s caption on the movie’s Instagram page.

The movie, which premieres in theaters on Feb. 8, follows two 2018 films that also highlighted the Supreme Court Justice—the documentary RBG and the biopic On the Basis of Sex.

Director Mike Mitchell, whose other animated films include Trolls and Shrek Forever After, told USA Today that the impetus for Justice Ginsburg’s cameo appearance came about from brainstorming “the last person you would think to see in a Lego film.”

“And we’re all huge fans,” Mitchell added. “It made us laugh to think of having her enter this world.”

Along with her appearance in the movie, the Ruth Bader Ginsburg character will be made into a Lego Movie figurine.

Though the Justice wasn’t needed for any voiceover work on the film, the production team reached out to her office for approval. Mitchell told USA Today that Justice Ginsburg thought being immortalized as a Lego figure would be “cool.” 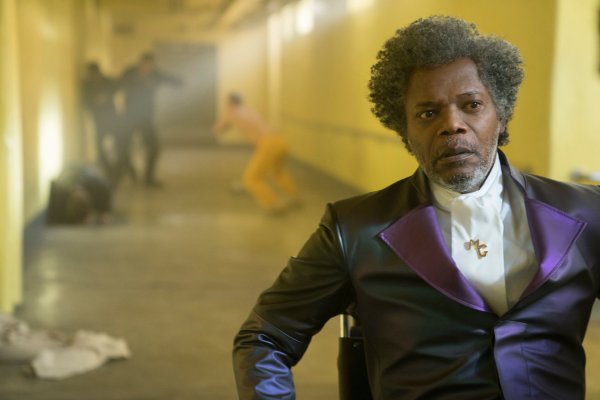 All of the Hidden Unbreakable and Split References in Glass
Next Up: Editor's Pick