Police in Northern Ireland have arrested four men after a car bombing this weekend that is being investigated for links to the New Irish Republican Army (IRA) militant group, Reuters reports.

Two suspects in their 20s were detained hours after the Saturday evening explosion in North Ireland’s Londonderry. Another two suspects, men aged 34 and 42, were arrested later on Sunday, according to Reuters. No one was injured by the bomb, which was detonated outside the city’s courthouse.

“Fortunately it didn’t kill anybody but clearly it was a very significant attempt to kill people here in this community,” Assistant Chief Constable Mark Hamilton told reporters.

According to police, attackers filled a hijacked pizza delivery truck with explosives before leaving it outside the courthouse shortly before 8:00 p.m. on Saturday. Police identified the vehicle and began evacuating the area before the “crude” device exploded.

Hamilton said the investigation’s “main line of inquiry” is the New IRA, a violent splinter group that remains opposed to the 1998 Good Friday Agreement, the Associated Press reports.

The pact ended three decades of violent strife in Ireland between Protestant unionists, who favored joining the United Kingdom, and Catholic nationalists, who backed independence. About 3,700 people were killed in the conflict, known as The Troubles, before the accord established a power-sharing government in Northern Ireland. The southern Republic of Ireland remains independent.

Read more: Whatever Happened to the IRA?

The New IRA has continued to carry out sporadic bombings. It’s last lethal attack was in 2016, when a prison officer was fatally injured by a car bomb in Belfast, the capital of Northern Ireland.

Saturday’s bombing comes amid uncertainty over how a looming Brexit will impact Ireland, including the possible reimposition of a hard border on the split island, which police have warned could become a target for militants. 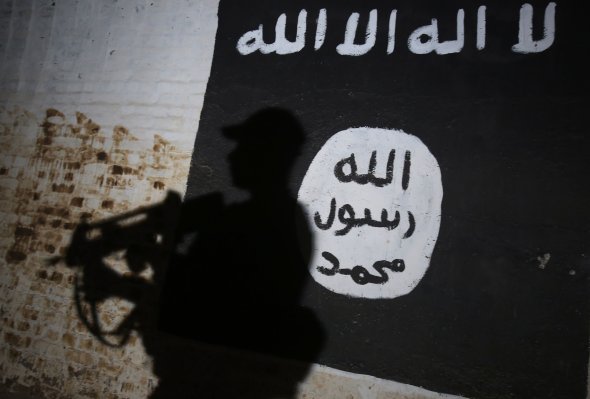 ISIS Is Still Active in Iraq, Syria and Beyond. This Is What the Threat Looks Like Now
Next Up: Editor's Pick