President Donald Trump, a frequent critic of Robert Mueller and his team, had nothing but praise after the special counsel took the unusual step of denying a media report about the Russia investigation.

Mueller’s team late Friday rejected a story by BuzzFeed News published a day earlier that said Trump had instructed his former lawyer and fixer Michael Cohen to lie to Congress.

“It was a totally phony story, and I appreciate the special counsel coming out with a statement last night,” Trump told reporters on Saturday as he prepared to board Marine One at the White House. “It was very appropriate that they did that, so I very much appreciate that.”

Mueller and his staff have seldom made any public comment about the long-running probe into Russian interference in the 2016 presidential campaign, except through court filings in pursuit of indictments, and subsequent guilty pleas.

But Peter Carr, a Mueller spokesman, said Friday night in a statement that “BuzzFeed’s description of specific statements to the Special Counsel’s Office, and characterization of documents and testimony obtained by this office, regarding Michael Cohen’s congressional testimony are not accurate.”

The statement touched off an evening of Twitter messages and retweets from Trump, capped off by an assertion shortly before 10:30 p.m. that “Fake News is truly the ENEMY OF THE PEOPLE.”

The BuzzFeed report, published Thursday night, set off criticism of Trump from congressional Democrats — although most took care to say that the allegations were disturbing if true.

Cohen has pleaded guilty to nine felonies and is due to turn himself in on March 6 to begin serving a three-year prison sentence. He admitted to lying to Congress by testifying that negotiations to build a Trump Tower in Moscow ended early in 2016, when they actually continued well into the 2016 presidential campaign.

‘Stand by Our Reporting’

BuzzFeed reported that Trump “directed” Cohen to lie about the Trump Tower negotiations, citing “federal law enforcement officials involved in an investigation of the matter”’ who it didn’t identify. Following the Mueller statement, BuzzFeed’s editor in chief Ben Smith said on Twitter that “we stand by our reporting and the sources who informed it, and we urge the Special Counsel to make clear what he’s disputing.”

Cohen is scheduled to testify publicly before the House Oversight Committee on Feb. 7. But that panel will be constrained from asking him about matters still under investigation by Mueller. The top Democrat on the Senate Intelligence Committee said Friday that Cohen also is expected to return before that panel early next month for questioning behind closed doors.

Senator Mark Warner of Virginia said that he wanted to question Cohen about the BuzzFeed report, while adding that “we don’t know whether the new report about Cohen being told to lie by the president is true or not.”

Trump has called Cohen a “rat” and a liar. Rudy Giuliani, who represents the president in the Mueller inquiry, said Friday that “any suggestion – from any source – that the president counseled Michael Cohen to lie is categorically false.” 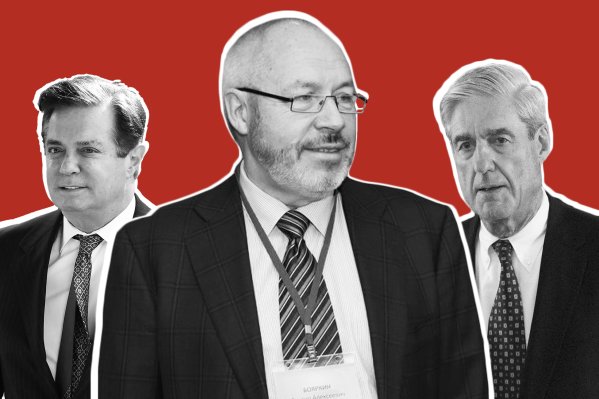 Exclusive: Russian Ex-Spy Pressured Manafort Over Debts to an Oligarch
Next Up: Editor's Pick