Many critics are embracing the third season of True Detective as a return to form after a disappointing second installment. While the series is largely a fictional work, writers Nic Pizzolato and David Milch have clearly drawn some inspiration from real-life cases and phenomena like the Satanic Panic, “stranger danger” and the rise of true crime in pop culture.

In the opening episodes of the show, two siblings, Will and Julie Purcell, disappear while riding their bikes in Arkansas. By the end of the first episode, Wayne Hays (Mahershala Ali) and his partner Roland West (Stephen Dorff) confirm that Will is dead — they find his body in the woods positioned with religious iconography — but believe Julie to still be missing.

The story is told in three distinct timelines: The crime takes place in 1980, the investigation is reopened in 1990, and the detective who works on both cases, Hays, is interviewed about the case for a true crime documentary in 2015. Hays, who by 2015 is suffering from dementia, searches his memory for the facts of the case as he relates them to the filmmakers.

Many of those details seem to be plucked from real-life cases from the ’80s and ’90s. Here’s what you need to know about the true stories behind True Detective, Season 3.

Creator Nick Pizzolato has dismissed the idea that the show was inspired by the infamous West Memphis Three case, but whether intentional or not, a few parallels do exist.

In 1993, three Arkansas teenagers named Jessie Misskelley, Damien Echols and Jason Baldwin, were convicted of the murder of three 8-year-old boys, Steve Branch, Michael Moore and Christopher Byers. The murders rose to national interest in part because of the “Satanic Panic” sweeping the country in the ’80s and ’90s. After horrible crimes like the Manson Murders and the Ted Bundy murders made headlines, the police, the media and laypeople channeled much of their anxiety about that violence into criticism of certain pop culture phenomena popular among teens, like heavy metal and fantasy roleplaying games.

Filmmakers Joe Berlinger and Bruce Sinofsky documented the trial of the boys and the aftermath in the landmark true crime film, Paradise Lost in 1996. But in 2007, DNA tests showed that there was no physical evidence that linked the three teens to the murder of the boys. After new hearings, the three accused men were let out of prison. DNA evidence eventually pointed to Terry Hobbs, the stepfather of Steve Branch as a possible suspect.

Satanic panic looms large in the first episode of this season of True Detective: Wayne and Roland interrogate three boys who were spotted near the Purcell siblings on the evening that they disappeared. During one of the initial interviews, Roland remarks on the Black Sabbath shirt that one of the teenage boys is wearing and asks him whether the band has anything to do with Satanism. Wayne and Roland also linger on a Dungeons and Dragons game in the house of the missing children.

But the show also suggests that the three teen boys could be a false lead. At the beginning of the first episode, the detectives discover a hole drilled inside Will’s closet that allows the viewer to see into Julie’s room and suggest their cousin, Dan, might have been abusing the young girl.

In 1987, two teenage boys, Kevin Ives and Don Henry, were found dead on train tracks in Alexander, Ark. At first, police believed that the boys had died after smoking marijuana and falling asleep, but other evidence suggested that the boys were killed and then moved to another location— much like Will in True Detective. The case remains unsolved, and conspiracy theories about government involvement has swirled around the deaths for years. (Bill Clinton was the governor of Arkansas at the time, so these rumors tended to resurface every time Bill or Hillary ran for office.)

Perhaps the most pertinent parallel between this case and True Detective is that both cases were documented by a true crime writer. Mara Leveritt, a reporter who wrote about the West Memphis Three, published a book called Boys on the Tracks: A Mother’s Crusade for Justice about Linda Ives. In the television series, Wayne’s eventual wife, Amelia Reardon (Carmen Ejogo) who he meets while investigating the case, writes a book about the unsolved Purcell case.

In 1989, an 11-year-old named Jacob Wetterling was abducted and killed along with his brother and friend while the three were riding their bikes home in Minnesota. Two of the boys were let go, but Jacob remained missing for 27 years. The panic around Wetterling’s missing persons case helped fuel the notion of “stranger danger,” and parents began to curb their children’s time outside. Images of children riding their bikes around the neighborhood in ’80s-set shows and movies like E.T. and The Goonies (and revived recently with Stranger Things), became a freedom of yesteryear.

In 2016, a longtime suspect in the Wetterling case, Danny Heinrich, confessed to authorities and showed them the boy’s remains. He was later sentenced to 20 years. The true crime podcast In the Dark, which happened to be investigating the case at the time of this revelation, had to re-edit their episodes last minute and won a Peabody Award for their work.

Though Wetterling was kidnapped in Minnesota, not Arkansas, there are several similarities: The children in this season of True Detective go missing while riding bikes, and that the detectives at the center of this season have spent decades looking for the culprit.

Sexual Abuse in the Church

In the first two episodes of True Detective, Will Parcell is found dead with his hands in prayer. The dolls positioned around him might suggest that his death had something to do with Satan worship or the occult. But Pizzolato has said in interviews that he grew up in an extremely religious, survivalist household, and that his childhood has informed his skepticism of religion, especially confronted with the science of a police investigation. It is entirely possible that, as in the first season of True Detective, someone in the church or at least a member of the local congregation could play a role in the murders. 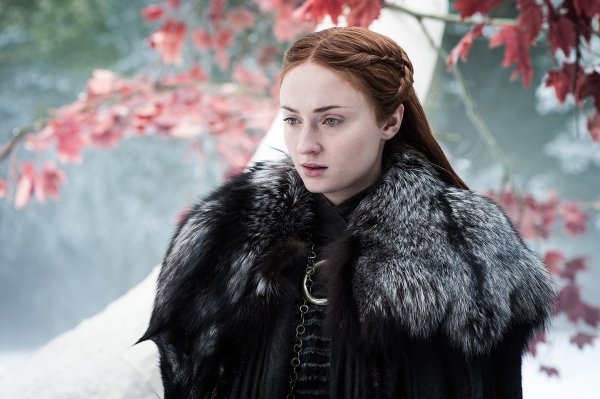