These Are the Americans Who Were Killed in Syria This Week

Three of the four Americans killed in a bomb blast in Syria on Wednesday have been identified.

The Department of Defense said Special Forces Chief Warrant Officer Jonathan Farmer; Shannon Kent, a sailor assigned to Cryptologic Warfare Activity 66; and Scott Wirtz, an operations support specialist with the Defense Intelligence Agency, died as a result of wounds sustained in the explosion.

The fourth American, a civilian contractor, has not yet been identified.

The attack came just under a month after President Donald Trump suddenly announced he was withdrawing troops from Syria, saying that the Islamic State group had been defeated.

ISIS claimed responsibility for the attack on Wednesday, which killed a total of 16 people in the town of Manbij.

Here’s what to know about the Americans who died.

Farmer attended the Special Forces Warrant Officer Candidate School, earning a commission in 2016. Upon graduating, he was chosen to serve as an Assistant Detachment Commander.

He served on six overseas combat tours, including multiple stints in Iraq, Afghanistan and Syria.

Farmer is survived by his spouse, four children and his parents.

Chief Cryptologic Technician Shannon Kent, 35, joined the Navy in 2003. Originally from upstate New York, Kent’s time with the Navy took her to assignments in Georgia, Virginia, Washington, D.C. and Maryland. She started reporting to Cryptologic Warfare Activity 66 after the command was established in August 2018.

“Our thoughts and prayers go out to the family, friends, and teammates of Chief Petty Officer Kent during this extremely difficult time,” Cmdr. Joseph Harrison, Commanding Officer of the CWA-66, said in a statement released by the Navy. “She was a rockstar, an outstanding Chief Petty Officer, and leader to many in the Navy Information Warfare Community.”

Scott Wirtz, 42, served as a U.S. Navy SEAL for 10 years, retiring as a Petty Officer First Class. In February 2017, he joined the Defense Intelligence Agency, where he served three deployments in the Middle East as an operations support specialist.

Originally from St. Louis, Wirtz’s work as an operations support specialist had him manage, guide and oversee human intelligence collection operations for the Department of Defense.

“We are deeply saddened by the loss of this patriot,” DIA Director Lt. Gen. Robert P. Ashley, Jr. said in a statement. “This is a stark reminder of the dangerous missions we conduct for the nation and of the threats we work hard to mitigate. As President Lincoln described on the fields at Gettysburg, this officer gave the last full measure of devotion.”

Ghadir Taher, 27, was an Arabic interpreter working Valiant Integrated Services, a defense contracting company. Originally from Syria, she moved to America with her family and graduated from Tri-Cities High School in East Point, Ga., according to the Atlanta-Journal Constitution.

“You could go on for hours, talking to her about your worries and about your troubles,” her younger brother Ali Taher told the Atlanta-Journal Constitution. “And she would make them seem like they were hers.” 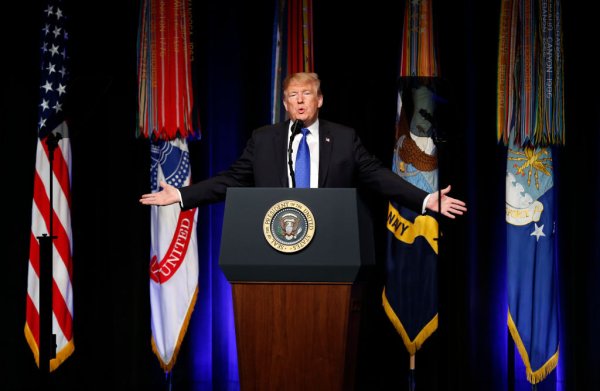