The African Union called for a suspension of the proclamation of Democratic Republic of Congo’s presidential-election results, saying there were “serious doubts” about their veracity.

African leaders met in the Ethiopian capital, Addis Ababa, on Thursday to discuss the growing political crisis in the cobalt- and copper-rich country.

“The heads of state and government attending the meeting concluded that there were serious doubts on the conformity of the provisional results, as proclaimed by the National Independent Electoral Commission, with the votes cast,” the body said in a statement. “Accordingly, the heads of state and government called for the suspension of the proclamation of the final results of the elections.”

A high-level African delegation is urgently being dispatched to Congo to help resolve the country’s post-election crisis, the body said. It urged Congolese officials to cooperate with the mission.

If Congo’s Constitutional Court validates the electoral commission’s poll figures, Tshisekedi will succeed Joseph Kabila, who was barred by the constitution from seeking a third term after leading the cobalt- and copper-rich country for almost 18 years. The court is expected to rule on Friday, Barnabe Kikaya Bin Karubi, a senior adviser to Kabila, said in an interview in Addis Ababa. 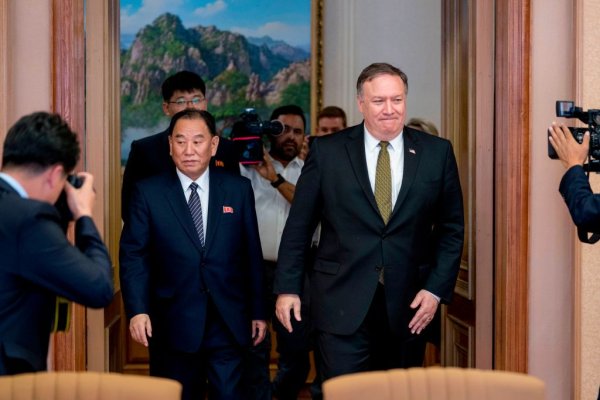 North Korea's Envoy Arrives in U.S. for Talks With Pompeo
Next Up: Editor's Pick