A prominent pastor and political activist in Zimbabwe is back behind bars amid fuel protests that have tipped the country’s new government into crisis.

Evan Mawarire was arrested Wednesday as security forces armed with AK-47 rifles violently reimposed order. Hundreds of protesters were rounded up for demonstrating against new fuel prices. Government officials have likened the demonstrations to “terrorism” and blamed “coordinated” opposition groups for setting off the unrest.

Mawarire, who has supported the fuel protests, appeared in court on Friday to face charges of subversion and “encouraging civil disobedience” that could see him imprisoned for up to 20 years. Here’s what to know:

Who is Evan Mawarire?

The 41-year-old became a national figure in 2016 when he launched the #ThisFlag campaign against the country’s former leader, strongman Robert Mugabe. Mugabe, 94, was the country’s first post-independence leader, and his 37-year reign was marked by corruption and brutality. It also saw the once prosperous regional “breadbasket” spiral into economic collapse.

Mawarire was charged with subversion and “criminalizing the Zimbabwean flag,” but he was acquitted in 2017 as anti-government demonstrations spread across the country. Mugabe ultimately stepped down in late 2017, after facing a possible military takeover.

The country’s historic elections last year elevated Mugabe’s former right-hand man, Emmerson Mnangagwa, who promised a prosperous new era even as the election was marred by deadly clashes. When Mnangagwa was named to the TIME 100 in 2018, Mawarire wrote his citation.

What happened in Zimbabwe this week?

President Mnangagwa declared that state-controlled fuel prices would more than double in an effort to stem severe shortages. Trade and labor unions called a three-day strike to oppose the new rates, which are now reportedly the highest in the world. Protesters burned tires in the streets of Harare and Bulawayo.

Police and military units responded with force. More than 600 people have been arrested in an effort to silence discontent, and eight people were killed Monday after police used firearms and teargas against protesters, according to Amnesty International. The government claims only three were killed.

A local medical NGO says it treated 68 gunshot wound cases and more than 100 others for assaults with “sharp objects, booted feet, [and] baton sticks,” the Associated Press reported.

“Years of political and economic mismanagement has brought Zimbabwe’s economy to its knees,” said Muleya Mwananyanda, Amnesty’s deputy director for Southern Africa. “Millions of Zimbabweans are terrified about the knock-on effects that the fuel increases will have on their daily lives.”

The uproar turned into a more subdued sit-in on Wednesday as many citizens observed a nationwide “stay-at-home” campaign that saw businesses shuttered and public transit left idle. Internet blackouts have been imposed since Tuesday.

Meanwhile, President Mnangagwa has taken to traveling abroad in the hopes of drumming up foreign investment. He visited President Vladimir Putin in Russia before heading to the World Economic Forum in Davos.

The growing unrest has drawn condemnation from international observers. The U.S. Embassy in Zimbabwe expressed “concern” Thursday in response to “credible reports that security forces are targeting and beating political activists and labor leaders.”

The U.K.’s Minister of State for Africa summoned the ambassador of the country it colonized until 1980, amid “disturbing reports of use of live ammunition, intimidation and excessive force” against civilians.

Mawairire, who is due to appear in court again on Friday, called the deteriorating situation a “heartbreaking” reminder of how much in Zimbabwe remains unchanged by last year’s political shake-up. “We thought we had a new country and a new way of doing things,” he told reporters Thursday. “None of what I am being accused of is what I have done at all.” 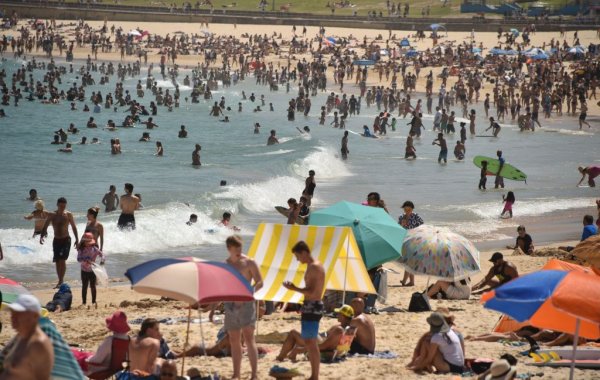 A Record-Breaking Heatwave Is Scorching Australia
Next Up: Editor's Pick