The Quick Read on Davos 2019, aka the World's Most Important Watering Hole

The U.S. shutdown rolls on with no end in sight. In Kenya and in Syria, extremists staged bloody attacks. The Brexit process devolves ever further (somehow). But amidst all this geopolitical mayhem, preparations for Davos next week forge ahead. This is your primer on what you need to know.

Because Davos remains the world’s most important watering hole. The World Economic Forum (or WEF, the body which organizes Davos every year) is built on the idea that the world needs better co-operation between the private and public sectors to best tackle global challenges. To that end, a massive amount of work gets done in a short period of time by the world’s busiest people each year at Davos. The list this year includes: Bill Gates, George Soros, Uber CEO Dara Khosrowshahi, new Goldman Sachs CEO David Solomon and Bridgewater founder Ray Dalio.

On the public side, expect to see German Chancellor Angela Merkel, Israeli Prime Minister Benjamin Netanyahu, Japanese Prime Minister Shinzo Abe, Brazilian President Jair Bolsonaro, UN Secretary-General Antonio Guterres, and IMF Managing Director Christine Lagarde. All told, the WEF expects 40 heads of international organizations and 65 heads of state to attend this year’s forum. U.S. President Donald Trump will not be one of them, however, citing the ongoing U.S. government shutdown. On Thursday, he canceled the entire White House delegation on the same grounds. U.K. Prime Minister Theresa May will also skip the proceedings, as she frantically tries to come up with a Plan B to her original Brexit deal.

This year’s theme is “Globalization 4.0”—building a world order and international architecture for the political realities of the 21st century, one that takes into account growing inequality, the rise in populism/nationalism, and the coming age of automation (or, in Davos parlance, the “fourth industrial revolution”).

But no matter how successful this year’s Davos conference is, the world will continue to get more fragmented, making life harder for the folks who organize Davos year in and year out. China, the world’s ascending economic power, hosts its own “summer Davos”, but Beijing is not into the liberal democratic norms typically championed by the Davos set. Meanwhile, growing populism within advanced industrial democracies make it less fashionable than ever to be seen on the mountain.

“Populist discourse elides – and often confounds – the substantive distinctions between two concepts: globalization and globalism. Globalization is a phenomenon driven by technology and the movement of ideas, people, and goods. Globalism is an ideology that prioritizes the neoliberal global order over national interests. Nobody can deny that we are living in a globalized world. But whether all of our policies should be “globalist” is highly debatable.” – Klaus Schwab, founder and executive chairman of the WEF.

The entire piece Klaus Schwab wrote about Globalization 4.0, setting the agenda for next week’s Davos conference. Or his interview with TIME on some of the same topics. And if you’re still curious, here’s Klaus on how Globalization 4.0 can help the world tackle climate change. Agree or disagree, these pieces provide insight into the thought process that drives those who have built the WEF and Davos into what they are today.

That Davos continues to attract the world’s movers and shakers because there’s a sense of loyalty among the attendees. There isn’t. Folks come back to Davos year after year because it’s profitable for them; Davos is and always has been a highly transactional affair.

“I know, I know—[your favorite world leader] was great at Davos this year but Colin at the Piano Bar is freaking world class”.

That the world has passed Davos by and that attending—or paying attention to developments there—isn’t worthwhile. It still is. 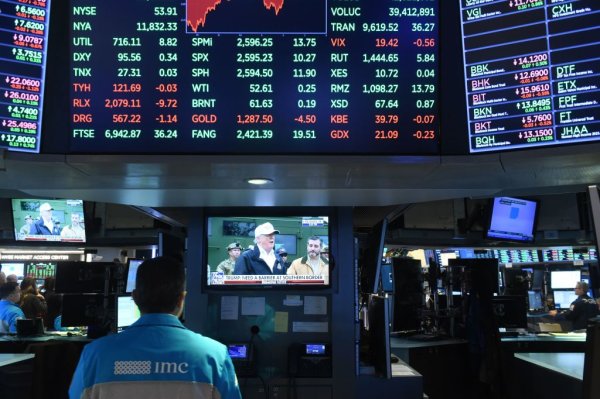 The Quick Read on the Top Geopolitical Risks of 2019
Next Up: Editor's Pick