With Game of Thrones fans still scrambling to figure out the meaning of the show’s new “Crypts of Winterfell” teaser, Kit Harington has revealed the hilarious real-life location of the Jon Snow statue shown in the promo.

During a Tuesday appearance on The Zoe Ball Breakfast Show, Harington told the BBC Radio 2 host that he is now the proud owner of his character’s stone likeness.

“I kept that statue. You know, the one in the crypt. I kept it, they sent it to my house. So I’ve got it in my shed. How sad is that?” he said. “I was the only one who kept their statue that’s how narcissistic I am.”

Harington went on to explain his future plans for Jon’s effigy. “I’m going to turn it into a water feature I think,” he quipped.

Game of Thrones will return for its eighth and final season on April 14. 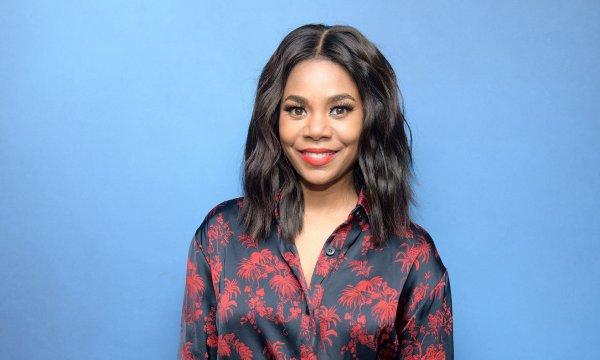 ‘She Knows How to Play Their Game.’ Regina Hall on Playing a Woman in a Man’s World on Black Monday
Next Up: Editor's Pick