I was publisher of the Washington Post for 21 years. There were many great days and no question about what was the worst.

In 1981, a reporter named Janet Cooke won a Pulitzer Prize for a story about an 8-year-old heroin addict.

The afternoon after the Pulitzer announcement, Ben Bradlee, the editor of the Post, received a call from the president of Vassar College. Cooke had claimed on her résumé that she was a Vassar graduate, and we had said so in a release about her Pulitzer Prize. Her claim was false. So were other things on her résumé–and so was her news story.

The Post got and deserved tons of criticism. One piece of it I still remember. A man who had been a reporter and editor on the paper for more than a decade had profited greatly from the Post’s acclaim for its Watergate and Pentagon Papers reporting. He had basked in it and been quoted in many stories about Bradlee. He had recently been appointed editor of another paper. And there, he wrote a column bitterly criticizing the Post and Bradlee for its ethics and judgment–all of which he’d been part of without a word of protest (not at least to me, the one person who could have done something about it).

When I see institutions I love criticized, and I love the people at Facebook, I look first to critics who were tough when everyone was full of praise for the company. (For example, Anne Applebaum understood very early on what Vladimir Putin was up to with interference in Poland and elsewhere.) Facebook couldn’t be less popular now, and its critics joining the attack have all the courage of the last man leaping on the pile at a football game. While I disagree with Roger McNamee’s approach, he is a smart guy and knows far more about technology than I do.

Facebook has made plenty of mistakes since its inception. As was true at the Washington Post in 1981, it has to set about fixing them in the only possible way: accept the responsibility–all of it. Return to your basic mission and do it right. Provide a great service for people; protect every aspect of your users’ privacy; be honest about what went wrong; and be clear (with governments but above all with users) about what you are doing to fix the problems.

I admire Mark Zuckerberg, Sheryl Sandberg and the people I knew at Facebook more than I can tell you. I’m not an insider any more since leaving the company’s board in 2015, but I can see on my Facebook page the extent of their efforts to fix what has been wrong. I would bet on them and would guess that their own efforts will be more important than those of any government or regulatory body. Regulation will slow technology companies down rather than change them as their critics hope. The beneficiaries will be their Chinese competitors–not exactly paragons of respect for your privacy. It is hard to see what form of regulation can control speech on Facebook but not control TIME’s–or yours.

Listen to the critics, but listen most carefully to those who spoke up when the sun was shining.

Graham, the chairman of the board of Graham Holdings Company, was the publisher of the Washington Post from 1979 to 2000 and a board member of Facebook from 2009 to 2015 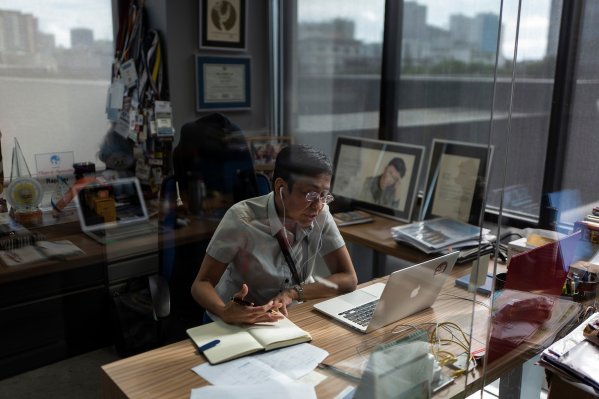 Facebook Let My Government Target Me. Here's Why I Still Work With Them.
Next Up: Editor's Pick