Madeleine Albright, photographed in her sitting room, opposite her office in Washington, D.C., on Sept. 12, 2016.
Luisa Dörr for TIME
By Katie Reilly

Madeleine Albright, the barrier-breaking political leader who immigrated to the United States as a refugee and eventually became the first woman to ever serve as Secretary of State, died Wednesday of cancer. She was 84.

“She was surrounded by family and friends,” her family said in a statement. “We have lost a loving mother, grandmother, sister, aunt, and friend.”

Albright, who was born Marie Jana Korbelova in Prague in 1937, became a leading expert on foreign policy during a political career that eventually brought her around the world as U.S. Secretary of State from 1997 to 2001, a position that made her the highest-ranking woman in U.S. government history at the time.

Those who worked with Albright and chronicled her career remember her as an effective communicator who explained complex international issues with clarity, a “gatherer of people” who believed in fostering bipartisanship through conversation, a “no-nonsense” negotiator who often employed her eclectic pin collection to send diplomatic messages, and a feminist icon whose voice on global affairs long outlasted her years of public service.

Albright was a champion of women’s rights internationally and a vocal advocate for Democratic women in U.S. politics, famously warning that “there’s a special place in hell for women who don’t help other women” — a motto borne out of the scrutiny she faced from women in her life when she pursued graduate school while her children were still young.

“It had not occurred to me, frankly, that I would ever be in a position to break a glass ceiling — particularly a woman who’s married and the mother of twins,” Albright told TIME in 2016. “But the turning point did come.”

Albright, whose father was a Czech diplomat, was a child when her family left Czechoslovakia for England in 1939, shortly after the Nazis invaded the country. They returned after the war but fled again in 1948 when the communists seized power, this time immigrating to the United States. Albright later discovered, through a Washington Post reporter, that her family was Jewish and that many of her family members who remained in Czechoslovakia during the war had been killed in the Holocaust.

Albright became a United States citizen in 1957, and graduated from Wellesley College with honors in 1959. She married Joseph Medill Patterson Albright three days later. Like him, she had intended to pursue a career in journalism, until his editor at the Chicago Sun-Times told her that working at the same newspaper as her husband would violate labor regulations and working at a competing newspaper in the city would be unseemly.

“There were periods of my life when I was not sure if I would be able to carry out the desires that I had when I was in college,” Albright told TIME in 2016. “I had twin daughters when I was 24 — they were born prematurely — and I initially stayed at home with them. But as much as I loved being a mother, I could not figure out why I had gone to college just to figure out how to get them in and out of the apartment or give them baths.”

United Kingdom Ambassador to the United Nations, Sir David Hannay, and US Ambassador to the UN Madeleine Albright vote during a Security Council meeting in New York to allow Iraq to export a limited amount of oil to cover the cost of humanitarian supplies for its population on April 14, 1995.
Timothy Clary—AFP/Getty Images

But Albright did find her way back to the workforce, first earning her PhD in public law and government at Columbia University in 1976 and studying under Zbigniew Brzezinski, who later brought Albright onto the National Security Council when he became National Security Adviser to President Jimmy Carter.

Albright became an influential voice in the Democratic Party. During the 1984 presidential campaign, she was a foreign policy adviser to Democratic nominee Walter Mondale and his running mate, Geraldine Ferraro.

“It gave her an additional springboard,” says former Maryland Sen. Barbara Mikulski, whose more than 30-year friendship with Albright began when they both campaigned with Ferraro. “She was a player in national politics and viewed as a key adviser in presidential politics.”

When Mikulski ran for Senate in 1986, she also sought foreign policy advice from Albright, who “would always have a listening ear and a reading list.”

In 1993, Albright was appointed U.S. ambassador to the United Nations by President Bill Clinton. Three years later, when Clinton’s first Secretary of State, Warren Christopher, stepped down, there were rumors in Washington that Albright was not among the top tier of contenders to replace him. Albright’s tight-knit circle rallied to change that.

“We Washington women who were rising in power went ballistic and organized on why we thought she would be an outstanding Secretary of State,” Mikulski says. “In this close-knit group of women advocating for other women — not only for a seat at the table but to be at the head of the table — my assignment, which I literally conjured up and accepted, was to call President Clinton.”

Mikulski, among others, urged him to seriously consider Albright for the post.

Read more: ‘You Have to Stand Up to Evil’: Madeleine Albright on Facing Fascism and What She Worries About Most Right Now

Madeleine Albright and Representative Barbara Mikulski greet each other at the commemorative ceremony of the NATO Summit in Washington on April 23, 1999.
Stephen Jaffe—AFP/Getty Images

Albright was unanimously confirmed by the Senate on Jan. 22, 1997. As Secretary of State, she promoted the expansion of NATO, led the call for military intervention as Kosovo fought for independence from Serbia, negotiated with Kim Jong Il in Pyongyang about nuclear weapons, and promoted the advancement of women around the world.

“In the culture of the State Department, issues having to deal with such things as women’s rights and children’s health and so on were always — let’s say those were not the centers of power at the State Department,” says Thomas Lippman, a scholar at the Middle East Institute and author of Madeleine Albright and the New American Diplomacy.

But those issues became priorities under Albright — who, for example, pushed for requirements that women’s toilets be located closer to their sleeping quarters in U.N. refugee camps due to concerns about sexual assault. “Things like that, which were easily fixable, were put on the agenda,” Lippman says.

But Albright also faced criticism for her response to some key foreign policy issues. As U.N. Ambassador, her recommendation to withdraw peacekeeping forces from Rwanda amid a crisis that turned into a genocide, leaving an estimated 800,000 people dead, has since drawn intense scrutiny — a decision she described as her “greatest regret.”

After leaving public office, Albright returned to the Georgetown University School of Foreign Service, where she was a professor in the practice of diplomacy. She wrote seven books, most recently Hell and Other Destinations, and remained an engaged and influential voice in policy debates until her death.

“She’s had a very significant imprint on how we think about the world and how we think about U.S. contributions and influence in the world,” says Jolynn Shoemaker, a professor of national security and a fellow at Our Secure Future, where she focuses on women’s leadership in foreign policy.

“From the perspective of women’s leadership, it was obviously a huge shift in terms of showing that a woman could be a successful Secretary of State, and I think the optics of that were not lost on an entire generation or more of women.”

The original version of this story misstated the number of books written by Madeleine Albright. She wrote seven books, not six, most recently publishing Hell and Other Destinations in 2020. 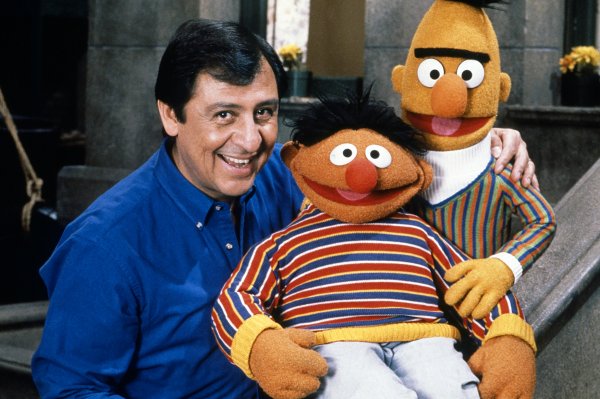