'We'll Have No Other Option Than Declaring Bankruptcy.' How the Shutdown Could Impact Government Workers for Months

Day 26 of the partial federal government shutdown, outside of the White House, in Washington, D.C., on Wednesday, January, 16, 2019.
NurPhoto—NurPhoto via Getty Images
By Mahita Gajanan

As the longest government shutdown in history drags on for nearly four weeks and counting, its economic impact could have a long-term effect on many federal employees and contractors across the United States.

Taylor Gautreaux, who is expecting a baby in March, works in software development for a private company under a government contract. After her work came to a halt under the shutdown, she was told by her company to use any remaining paid time off and then take leave without pay. She has been advised by her company to seek other forms of employment as the shutdown drags on.

The timing to find a new job is far from ideal — and would be even if she wasn’t in her third trimester.

Gautreaux has about 24 hours of paid time left over. She’ll get a partial paycheck this Friday that she says will help, but she says it’s not nearly enough to cover her mortgage, car loans and upcoming medical bills related to her pregnancy. Giving birth in Louisiana, where she lives, can cost on average $5,590 for a vaginal delivery and nearly $8,000 for a Caesarean section, according to FAIR Health. While Gautreaux has health insurance that could help defray the costs, she is not receiving a paycheck from which any contributions to her benefits could be deducted. When the government reopens, she expects to be charged for those deductibles. Her employer did not immediately return a request for comment.

“I have no idea how we’re going to pay for the medical bills,” she says. “It’s put a lot of unneeded stress on me during this pregnancy.”

Gautreaux is among the many government contractors unlikely to receive any retroactive pay once the government reopens. She and her husband are also among the nearly 80% of full-time workers in the U.S. who live paycheck to paycheck. Gautreaux says they have taken steps to lessen the impact of the government shutdown on their finances by drastically lowering their spending, creating a fundraiser on GoFundMe and reaching out to their lenders to defer payments. That approach has worked to an extent, but the bank has told the couple they can’t push payments back for more than two months. She says they are financially prepared to make it under the shutdown for another month. After that, everything gets murky.

“If it lifts before I have the baby, it will be easier for us to recoup,” she says. “If not, it’s going to be very, very challenging. We’ll have no other option other than declaring bankruptcy.”

The costs of the shutdown for the 800,000 affected federal employees — as well as a range of government contractors numbering in the hundreds of thousands to potentially millions, according to the Washington Post — could cause lasting damage to their finances well after the government reopens, according to Matthew Shapiro, an economist at the University of Michigan who studied how federal workers coped with the major government shutdown in 2013.

Back then, Shapiro says the situation was less dire because “it was clear the shutdown would resolve.”

“There was less of a risk on the part of government workers getting paid late and people, like lenders, getting paid late,” he says. “They knew workers would get their retroactive pay, that those who did defer payments on mortgage, rent and credit cards quickly made it up either at the end of the month or the next month.”

With no clear end to the current shutdown emerging, government contractors and furloughed employees are quickly approaching an impasse as bills pile up and paychecks don’t arrive. Shapiro says that if the shutdown wraps up by the end of January, the financial damage is likely to be small, with workers quickly making any payments they deferred. But if the shutdown creeps into February and beyond, workers are likely to get behind on their monthly payments in a serious way that could impact their credit scores and financial future. President Donald Trump signed a bill on Wednesday that will guarantee back pay for furloughed federal workers once the shutdown is over, but that bill does not apply to contract workers like Gautreaux.

Overall, Shapiro says the bigger economic effects will be subtle, but add up. Without any pay, government workers will likely cancel any potential travel, curb spending at restaurants and other businesses, and delay purchasing any big-ticket items. These small decisions could quickly multiply, depending on how long the shutdown lasts. Already, companies have reported losses in revenue due to the shutdown. Delta Airlines said this week that it lost about $25 million this month due to a drop in bookings as fewer government employees travel.

The number of contractors missing out on pay has reached the point that it has slowed down the U.S. economy, Bloomberg reports. As the shutdown approaches its fifth week, experts note that the economic damage could be long-lasting. S&P Global Group estimated on Jan. 11 that if the shutdown lasts another two weeks, the total cost to the economy would hit $6 billion, CNBC reported.

“The macroeconomic effects could potentially be noticeable,” Shapiro says. “If it’s resolved this month, and federal workers are paid retroactively, some of that spending will be made up. For contractors, that’s not the case. Those are dollars which are permanently lost.”

On Tuesday, economists with the White House acknowledged that the shutdown has already had economic consequences, as the effects of losing work from contractors and furloughed employees add up. Kevin Hassett, the chairman of the Council of Economic Advisers, told reporters that the shutdown’s cost to the economy was bigger than anticipated.

“We’ve been watching the actual effects, and noticing that the impact that we see on government contractors is bigger than the sort of staff rule of thumb anticipated,” he said. “And we subsequently, right now, think that it’s about a tenth of a percent a week, not a tenth of a percent every two weeks.”

Government employees and contractors are all too aware of the impending hits to their personal finances. Sunny Blaylock, a government contractor for the U.S. State Department, was laid off in January after her company said it could no longer afford to pay for benefits without having any hours to bill.

She says her family had just gotten to a place of relative financial stability before the shutdown began. Now, they are surviving off savings originally set aside to pay off her husband’s student loans. The shutdown has also motivated her to start looking for work in industries unrelated to the government — both to help out the family in the interim and to guarantee against going through something like this again.

“It just feels like such a betrayal,” says Blaylock, whose husband is a diplomat currently working without pay. “I have a lot less optimism that everything is going to be okay. This whole thing is making us question that maybe we need to rethink our priorities as a family.”

Blaylock and her husband went through the 2013 shutdown as well, “but this one is different.”

“The length of time, for one thing,” she says. “The last time, I don’t feel like we missed a paycheck. I never felt there was not an end in sight.”

Prior to this point, paying bills on time and in full was a priority for Blaylock. Now, she’s considering letting her credit card bill carry a balance so she can keep enough money close in case of emergencies. She says that even if the government reopens as soon as next week, the effects of the shutdown on her finances will be felt for a long time.

“It will take me months, if not years, for me to feel like we can splurge or go out or plan a trip,” she says. “That’s not going to happen for us personally until far after we are able to repair the cost to our savings.” 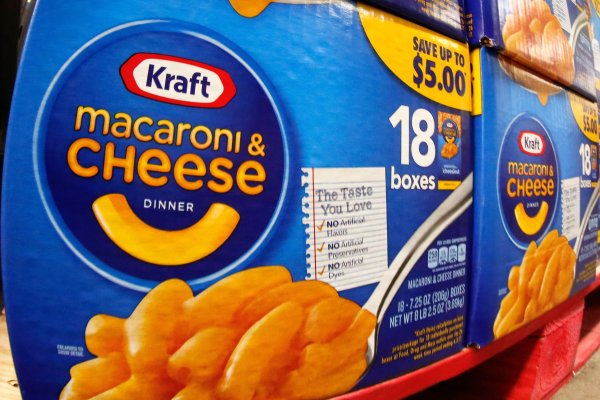 Kraft Will Pass Out Free Food to Furloughed Workers in D.C. Amid Shutdown
Next Up: Editor's Pick