Mjolnerparken, a housing project in Copenhagen, is classified as a “ghetto.”
Mauricio Lima—The New York Times/Redux
By Lisa Abend/Vordingborg

On a cold December night, Inger Stojberg stood in an overlit auditorium in Vordingborg, eastern Denmark, and explained why the Danish government had chosen nearby Lindholm Island for its new detention center for rejected asylum seekers. Although she made it clear from the outset that the government would not revoke the proposal (and sure enough, it was approved three days later) one citizen after the next tried to convince her it was a poor decision, drawing on everything from its impact on property values and tourism to what it would mean for locals’ safety. But many in the audience of more than 700 thought something even more important was at stake. “I came tonight because I don’t think this is a decent way to manage these people,” said Marianne Rasmussen, a teacher from the nearby town of Præsto. “It’s not who we Danes are.”

Immigration became a thorny political issue throughout Western Europe in the wake of a record influx of migrants from the Middle East and Africa in 2015, but the split over Lindholm Island suggests the question has taken on unusual dimensions in Denmark. The prosperous Nordic country of 5.8 million stands out among its neighbors for its reluctance to integrate even comparatively small numbers of foreigners. It granted protection to 2,365 people in 2017, compared with Sweden’s nearly 28,000.

Despite a reputation for progressive politics, humanitarianism and a generous welfare state, Denmark has some of the most aggressive anti-immigrant policies in Europe. That has included taking out foreign-newspaper adverts warning potential migrants that they are not welcome, and authorizing police to seize cash and valuables from arriving asylum seekers to offset the cost of their maintenance. By pitting some of Denmark’s long-held values against others, the subject of immigration has not merely divided Denmark, but turned a demographic crisis into an existential one. What, these days, does it mean to be Danish?

Demonstrators with face veils, hold placards and banners as they gather to protest ban on the wearing of face veils at the Black Square in Copenhagen, Denmark on August 01, 2018.
Davut Colak—Anadolu Agency/Getty Images

Denmark received waves of guest workers from Turkey in the 1960s and ’70s, as well as refugees from the former Yugoslavia in the 1990s, and today immigrants and their descendants make up 8.5% of the population—projected to rise to 13.1% by 2060. Yet to an extent virtually unmatched in Europe, “Danes are quite polarized over immigration,” says Nils Holtug, director of the Centre for Advanced Migration Studies at the University of Copenhagen. “There’s a large part of the population that is welcoming and positive toward immigrants, and another large group that’s worried about them and wants very restrictive policies.”

These days, the latter seems to be winning. The Lindholm Island project, which is intended to house 100 or so rejected asylum seekers who have been convicted of crimes and served their sentences but cannot be deported for various reasons, is explicitly designed to create a less welcoming atmosphere than the facility that currently holds those with a similar “tolerated stay” status. Until recently, the seven-hectare island, which is located three kilometers from shore in Stege Bay and is reached by a ferry nicknamed “Virus,” held research laboratories for infectious veterinary diseases, and its soil, which still contains traces of swine flu and other viruses, will have to be decontaminated before it can received its first residents in 2021. The $116 million budget for the project does not appear to include funds for language lessons, job training or any other activities that might help ease integration into society. “They are unwanted in Denmark,” Stojberg wrote on her Facebook page of those to be exiled there. “And they will feel like that.”

Many of the country’s recent immigration initiatives seem to operate from the same principle. In the past year, the center-right government has passed a so-called burqa ban, even though fewer than 0.1% of Muslim women in Denmark wear veils, and a law requiring parents in neighborhoods designated as “ghettos” to submit their children to extra schooling in “Danish values.” From January, new citizens are required to shake hands with the official conducting the naturalization ceremony, regardless of their beliefs about physical contact with members of the opposite sex—a law perceived as targeting conservative Muslims.

Danish journalist and historian Adam Holm describes the initiatives as “deliberately hostile.” In other areas, Danish legislators tend to speak in the measured language of jurisprudence. “But the intent here, and people will say it outright, is ‘yes, we are doing this to frighten people away from Denmark.’”

A picture taken on December 6, 2018 shows buildings on Lindholm island in Denmark. The Danish government proposed using Lindholm island for up to 100 criminals whose sentence of deportation cannot be carried out because they risk torture or execution in their home country.
Mads Claus Rasmussen—AFP/Getty Images

Stojberg, a member of the same Liberal Party as the Prime Minister (and which forms part of the conservative bloc in parliament), has adopted an almost gleeful attitude toward migration restrictions. She celebrated the passage of the 50th anti-immigration law with a cake, posting a photo on social media, and published an editorial in a national newspaper in which she suggested that Muslims bus drivers and hospital workers who fasted during Ramadan might pose a safety risk to Danish society.

She also uses one of the infamous Mohammed cartoons as her iPad screen saver, a photograph of which prompted Iran to postpone asylum negotiations with her. Støjberg, who declined multiple requests for an interview, has defended her use of the cartoons, which sparked international protests and violence when a Danish newspaper published twelve of them in 2005, as freedom of expression. And indeed, Danes on the whole take great pride in their right and ability to speak openly, without concern for what some might call political correctness. “For many Danes [the 2005 cartoon crisis] was a new and shocking experience, and one that shaped political discourse,” says Holtun. “It hardened it, but it also has meant that freedom of expression has an elevated status in Danish politics compared to various other countries.”

Urging Støjberg to go even further is the anti-immigrant Danish People’s Party (DF), which is the second largest party in parliament but does not hold any ministerial positions out of its own choice. The DF proposed the Lindholm Island idea. “We want to reduce the number of all foreigners in Denmark, not just refugees and asylum seekers, but people who come to work or go to school,” says Martin Henriksen, DF’s spokesperson for immigration. “We also want to revoke more of the asylum permits already granted, and send more people home.”

Some see Lindholm Island and other measures as an attempt to appeal to voters ahead of elections in June. “The right-wing government now in power is behind in polls, and so they will want to do something to increase their support,” says Holtug. “And the Social Democrats are tired of losing because of immigration, so their response, increasingly, is to also adopt restrictive policies.”

That’s not the only way right and left are coming closer together. Unlike in the U.S., where anti-immigrant platforms tend to align with conservative opposition to a government-sponsored safety net, the populist DF, like the center-left Social Democrats, seeks to protect generous welfare benefits that include free education through university, universal health care and ample unemployment insurance. “There’s a growing part of the political spectrum that sees a welfare state and a multi-cultural society as directly incompatible, or at least difficult to have side by side,” Holtug says.

The DF’s Henriksen, who believes Trump’s policies on immigration are “too weak,” echoes Holtug’s point. “America is a country founded on migration, but Denmark is not. We’re a small country, and what binds us is a common language, and a common set of traditions and values. If we let in a large number of foreigners with their own cultures, ours will be overwhelmed.”

A degree of plain old xenophobia contributes to this sentiment. But so too does a growing sense, even among more progressive sectors, that the country’s efforts at integration have not worked. “We’ve been very lax in requiring foreigners to learn Danish,” says journalist Holm by way of example. “Ten years ago I would have never uttered those words. But now I say, yes, this is Denmark, so if you want to be part of this society, please learn Danish.”

Yet he is troubled by the harsh measures and rhetoric adopted by his government as well as the sometimes blatant xenophobia that has made its way into public discourse. Recently he published an opinion piece, titled “The Denmark I’ve Always Feared,” in which he lamented the country’s turn away from tolerance and openness. “Enough is enough,” he says of his reasons for writing it. “This is not the Denmark I was brought up to believe in.”

In reality, Denmark already is a multiethnic society, and will become only more so in the future. Younger generations of Danes seem more comfortable with this than their elders. At a Dec. 10 rally in front of Copenhagen’s city hall to protest the Lindholm plan, Selma Solkaer, a 15-year-old student from nearby Roskilde, expressed her dismay that Danes could support it. “It’s shocking, especially when Denmark has always been such a big supporter of human rights,” Solkaer said.

At the rally, Natasha al-Hariri, a legal consultant on immigration, recalled her parents—Palestinians who came to Denmark from Lebanon in 1989—-telling her how welcoming Danes were. “Back then, we took in refugees because we accepted that they needed help,” she said, noting that parts of Danish society now fear eventually being outnumbered by refugees. She finds the upcoming elections especially nerve-racking. “Lindholm Island may just be an electoral tactic so the government can show it’s tough on immigrants,” she says. “But that’s what scares me to death—the idea that that’s what Danish voters want.”

In Vordingborg, Mayor Mikael Smed doubts that’s the case. Less than 5% of the population of Vordingborg, with its broad shopping street and neat houses, is foreign-born—a mix of Turks, Iraqis, and Syrians, among others. But most residents of the town, he says, consider the Lindholm Island plan “madness,” especially because another facility for the same ‘tolerated stay’ population already exists. “ I keep asking but no one in the government can explain to me why we need it.”

Although like other members of the Social Democrat party Smed’s position has evolved so that he now supports limiting the number of asylum-seekers and refugees admitted to Denmark, he also sees plenty of examples of successful integration, from his son’s best friend, whose parents came from Iraq, to a local program that trains foreign-born women to teach new arrivals the ins and outs of Danish society. He also believes that the Danish economy—including the vaunted welfare state—needs an influx of workers if it is to continue to prosper in the future.

But in the end, he justifies his opposition to the Lindholm Island plan with his own appeal to national values. “I recognize the number is important when we have to work on integrating people, and making them as much a part of our society as possible,” Smed says. “But I don’t think that placing people on an island and making the conditions as bad as possible for them is a part of Danish nature.” 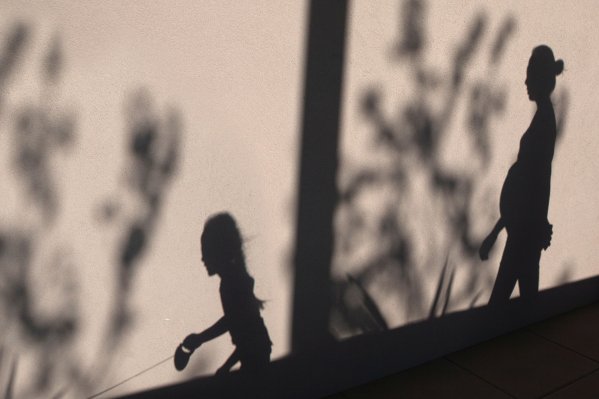 Why Women Travel to Denmark for Fertility Treatments
Next Up: Editor's Pick