An American CEO who narrowly avoided the Sept. 11 terror attack was among at least 14 people killed in an attack on a hotel and shopping complex in Nairobi on Tuesday.

Jason Spindler, the director of a business development firm, was a U.S. citizen based in Kenya who died in the attack.

“We all miss him so much,” his mother, Sarah Spindler, told NBC News. “It’s so sad that such a bright young person is taken away by terrorism.”

Spindler served as CEO and global managing director for I-DEV International, a company he co-founded. He graduated with a law degree from New York University School of Law and a B.S. degree from the University of Texas at Austin, according to his biography on I-DEV’s website.

Sarah Spindler said her son wanted his work to make a difference. He “was trying to make positive change in the third world in emerging markets.”

The deadly attack in Nairobi marked Spindler’s second encounter with terrorism. He formerly worked as an investment banker for Salomon Smith Barney/Citigroup, whose offices were previously at 7 World Trade Center, which was damaged in the Sept. 11 terror attack. Spindler’s father, Joseph Spindler, told the Houston Chronicle that his son was supposed to be in the World Trade Center that day, but was running late and saw the first tower come down as he left the subway.

Spindler later joined the Peace Corp., serving from 2005 to 2006, according to his LinkedIn page. According to his company bio, he “managed and led the growth of a $7M locally-owned agribusiness in Northern Peru during his service in the U.S. Peace Corps.”

Family and friends remembered Spindler as a beloved, open and positive man.

A friend, Chris Schroeder, posted a tribute to Spindler on Twitter, calling him “one of those rare men who was loved by pretty much anyone.”

“He chose a life of hope and inclusion,” Schroeder wrote. “I am grateful to have known and learned from him.”

The U.S. State Department confirmed that an American citizen was killed in the attack, but did not release the victim’s name.

“We offer our sincerest condolences to the family and friends of this individual,” a State Department spokesperson said in an email. “Out of respect for the family of the deceased, we have no further comment.”

Al-Shabab, an extremist group allied with al-Qaida, claimed responsibility for the attack at the DusitD2 hotel complex in Nairobi. Keynan President Uhuru Kenyatta said Wednesday that the gunmen who attacked the hotel and shops within the complex were killed by security forces. 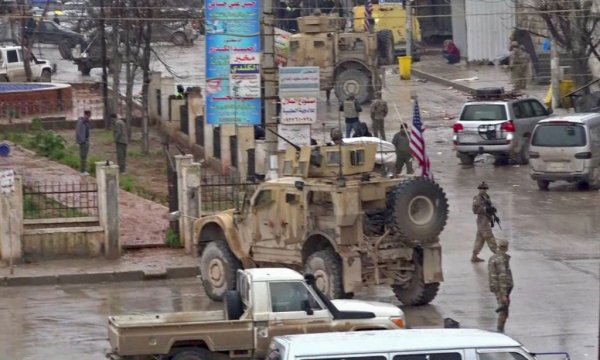