The Nazi-Fighting Winter Soldiers Who Taught America to Ski

With a wintertime three-day weekend coming up for many Americans, the country’s ski slopes are sure to be slammed with schussers.

But while many of those athletes may be familiar with military uses of skis, as demonstrated by James Bond, they may not know just how close their own hobby is to that history. In fact, many of America’s ski resorts were started by soldiers who skied during World War II — a group that played a key role in the sport’s popularity in the United States.

Many came from the 10th Mountain Division, which was the only U.S. military unit whose wartime skills were turned into a popular civilian pastime, according to historian Maurice Isserman, a professor of History at Hamilton College and author of the forthcoming The Winter Army: The World War II Odyssey of the 10th Mountain Division, America’s Elite Alpine Warriors. It was also, he says, the only military unit started because citizens lobbied for it: Prominent skiers and climbers called for an American version of the German, Italian and Finnish mountain and ski troops. The National Ski Patrol recruited the skiers, and became known as the only civilian group designated as a U.S. Army recruiting agency. All in all, about 8,000 skiers, forest rangers and outdoorsmen were recruited, according to John Imbrie, a 10th Mountain Division veteran who has written on the subject.

In one of their more harrowing feats, they scaled Riva Ridge and Mount Belvedere in the Northern Apennines in Italy in February of 1945 and surprised the Germans, who didn’t think anyone would actually make the trek because it was so arduous. It was key to opening up an offensive that, over the next three months, led the troops to the Alps.

When they came back, they wanted to keep skiing.

“We were the original ski bums,” 10th Mountain Division veteran Dick Wilson, a former editor of the now defunct National Skiing Magazine, once said. “We were entrepreneurial types, too, but mostly we couldn’t get skiing out of our blood. We wanted to teach the country to ski. And we did.”

The most famous 10th Mountain veteran who contributed to the sports and footwear industry is Bill Bowerman, who later co-founded Nike. And he was far from alone. In terms of skiing specifically, fellow veteran Friedl Pfeifer helped develop the ski school at Aspen. Clif Taylor, who was also wounded during Riva Ridge, designed shorter skis that made it easier and faster for beginners to learn how to ski. Fritz Benedict was an architect who designed master plans for Vail, Snowmass and Breckenridge in the ’60s and ’70s. Walter Prager went from training the 10th Mountain Division troops to coaching a few of them on the 1948 U.S. Olympics team. Outdoor sportswear brand Gerry is named after 10th veteran Gerry Cunningham, who is also known for perfecting nylon backpacks with zippers. Tenth Mountain vets gave Howard Head feedback on more light-weight skis he was developing, which turned into the brand that bears his name. And Pete Seibert founded the Vail ski resort in the Colorado Rockies, about 20 miles from Camp Hale where the 10th Mountain Division trained; he even named a ski run after Riva Ridge. It was an incredible rise to fame after rebounding from a near-death experience. “Fighting in the Italian Apennines, Sergeant Seibert was wounded three times in three days,” TIME once reported. “He lost a kneecap, and doctors said that he would never ski again. But in two years, after extensive surgery, he was on the slopes at Aspen…All the time he yearned to find the ‘perfect’ mountain for his resort.”

These soldiers were successful in their efforts thanks in part to dramatic changes going on the the post-war era in the U.S. The economic boom led to the rise of the middle class. Car ownership revved up, mass air travel soared and the interstate highway system enabled people to take vacations further from their homes. The veterans of the 10th were also able to improve on skiing technology and infrastructure that were put in place two decades earlier. The first “snow train” took skiers from Boston to Warner, N.H., in 1931; the first ski tow debuted in Woodstock, Vt., in 1933; and most importantly, the chair lift was installed in Sun Valley, Idaho, in 1936.

In 1959, TIME did a cover story on how skiing had reached the masses. “In less than 25 years, skiing has been transformed from an eccentric practice pursued by a handful of fanatic, chilblained young men to the U.S.’s fastest-growing outdoor winter sport,” the magazine reported. “Today, anybody skis—corporation president and office boy, college student and secretary, parents and children. It is no longer a pastime for the well-heeled who could afford to go to Europe to learn.”

By 1972, as light and flexible fiber glass skis were starting to replace their metal forebears, skiing surpassed golf as the sport Americans spent the most money doing, to the tune of $1.5 billion that year. Nearly 700 ski resorts had opened nationwide, powering a $10 billion industry. “Ski lifts are rising almost wherever the ground does. Molehills are being made into mountains, and a significant segment of humanity is rushing to slide down them,” TIME declared. (Nor was it just an American phenomenon, the story noted: skiing was also catching on in places like Spain, Morocco, Lebanon and Albania.)

During the 2017-2018 winter season, 14.7 million Americans ages 6 and older hit the slopes, up from a then-record 3.5 million Americans in 1956, and 24.3 Million Americans participated in snow sports in general, including cross-country skiing and snowboarding, according to Snowsports Industries America. But the industry is facing new challenges. A 2016 study by the University of Colorado and the EPA predicts climate change will reduce the length of ski resort seasons by 50% by 2050. In addition to the declining amount of snow, gear-cost increases are also a concern due to President Trump’s tariffs.

But at least for now, the appeal still transcends the troubles on the ground.

As Vail founder and 10th veteran Seibert told TIME in 1972: “Skiing is a total experience. You can be completely absorbed in what you are doing. You can take a problem onto the golf course with you, but you can’t take it with you onto the slope. It’s kind of cleansing.” 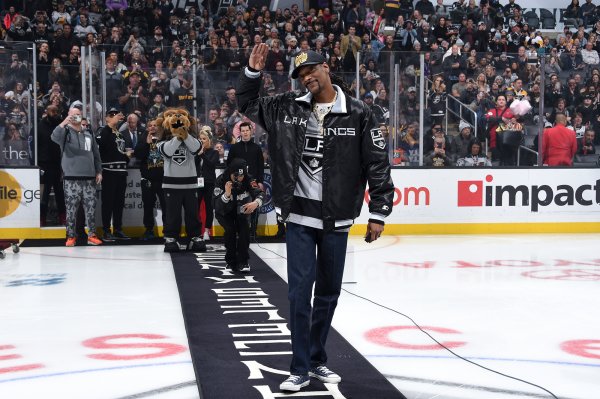