Fire burns around PG&E transmission towers east of Pulga, Calif., on November 12, 2018. The company says it will file for bankruptcy because of the costs of the California wildfires.
Karl Mondon—MediaNews Group/The Mercury News/Digital First Media/Getty Images
By Mark Chediak and Kiel Porter / Bloomberg

(Bloomberg) — PG&E Corp. said it will file for bankruptcy in California after the cost of wildfires left it with potential liabilities of $30 billion or more, gutting its share price and prompting the departure of its chief executive officer.

The San Francisco-based company said it intends to reorganize under Chapter 11 of the U.S. bankruptcy code on or about Jan. 29 after giving the required 15-day notice to employees, according to a filing at the Securities and Exchange Commission Monday. On Sunday, the company started searching for a new leader after Geisha Williams, 57, resigned as chief executive officer. General counsel John Simon will take the helm in the meantime. The departure of Williams, who took over as CEO in March 2017, follows a catastrophic three months for PG&E.

The company has seen two-thirds of its market value wiped out since the deadliest wildfire in California’s history, called the Camp Fire, began in November. Its debt has been downgraded to junk, and state regulators have called for a management shakeup. Investigators are probing whether the power giant’s equipment ignited that fire, along with blazes in 2017 that devastated Northern California’s wine country. More than 100 people died in the fires. The costs “could exceed $30 billion,” according to the company’s filing.

That would dwarf the $1.5 billion in cash and cash equivalents on hand as of Friday. The board concluded a Chapter 11 reorganization “is ultimately the only viable option to restore PG&E’s financial stability,” according to the filing.

Shares of PG&E fell 48 percent to $9.20 at the start of regular trading in New York. The company’s most active bonds fell more than 4 percent to 84.25 cents on the dollar. The bonds are the most actively traded this morning across all ratings, according to Trace.

The company’s deepening financial crisis has forced California regulators and policy makers to consider a bailout package and PG&E. The utility said bankruptcy was the best way forward for employees and those who are claiming losses from wildfires that may have been caused by its power lines.

California’s new governor, Gavin Newsom, said in a statement Monday that his administration has been in constant contact with PG&E, labor unions and regulators. “Everyone’s immediate focus is, rightfully, on ensuring Californians have continuous, reliable and safe electric and gas service,” he said.

PG&E’s financial woes have already spread to companies that supply its natural gas and electricity. At least two small gas suppliers have restricted sales to PG&E out of concern that the company won’t be able to pay, people with direct knowledge of the situation said last week. Some banks are taking a long look at a potential $2 billion debt financing for the Geysers, the world’s largest geothermal complex, because it supplies the utility, people familiar with the matter also said last week.

The departure of Williams — one of the world’s most powerful women in business — thins the ranks of the roughly two dozen women running S&P 500 companies. She was one of a group of women occupying the C-suite at power companies — including Duke Energy Corp.’s Lynn Good, El Paso Electric Co.’s Mary Kipp, PNM Resources Inc.’s Pat Vincent-Collawn and Sunrun Inc.’s Lynn Jurich.

“It has truly been an honor to lead PG&E and to serve more than 16 million people in Northern and Central California,” Williams said in her own emailed statement on Sunday. “I value the opportunity I’ve had to lead PG&E and wish all of my colleagues well.”

Under Williams, PG&E spent millions of dollars trying to convince state lawmakers to change a legal doctrine known as inverse condemnation, under which utilities are liable for damages if their equipment is found to have sparked a wildfire, even if they weren’t negligent. Williams called the doctrine bad public policy that made utilities the default insurer in the state. She said the wildfires were a symptom of climate change with hotter and drier conditions sparking more frequent and intense blazes.

While state lawmakers rejected PG&E’s request to change wildfire liability law, they did pass legislation in August that will help PG&E pay for lawsuits arising from the wine country fires. Three months later, however, the utility’s equipment again was being looked at as a possible source of the Camp Fire, which killed 86 people and destroyed the town of Paradise.

Support for PG&E’s management eroded even further in December when state regulators accused the utility of falsifying records related to locating and marking underground gas lines from 2012 through 2017 — years in which the company was trying to convince the public that it had cleaned up its act after a 2010 pipeline blast that killed eight in San Bruno, California. 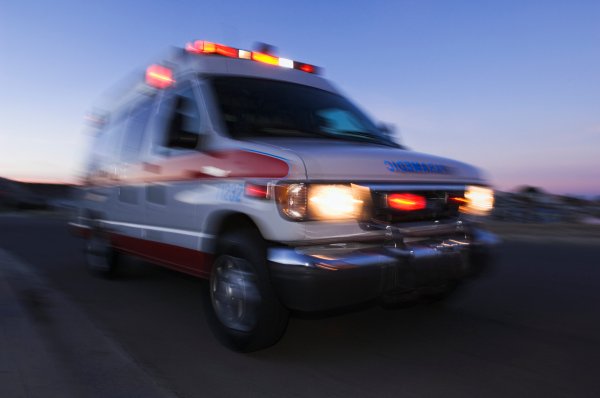 Mass Overdose in California Kills One, Injures 12
Next Up: Editor's Pick