A Passenger Got a Gun On Board An Airplane. TSA Says it Wasn't Because of the Shutdown

A passenger was able to carry a gun through a Transportation Security Administration (TSA) screening area and board a Delta Air Lines flight from Atlanta to Tokyo on Jan. 3, according to a statement released on Sunday.

In the statement, the TSA confirmed the news, but denied the lapse in security was related to the ongoing partial government shutdown. During the shutdown, TSA screeners are working but not receiving pay.

“TSA has determined standard procedures were not followed and a passenger did in fact pass through a standard screening TSA checkpoint with a firearm,” the agency said in a statement.

“The perception that this might have occurred as a result of the partial government shutdown would be false,” the statement went on. “The national unscheduled absence rate of TSA staff on Thursday, January 3, 2019, was 4.8% compared to 6.3% last year, Thursday, January 4, 2018. So in fact, the national call out rate was higher a year ago than this year on that date.”

Delta said it disclosed the incident to the TSA as soon as the passenger reported the firearm to the airline. The TSA said the passenger was “met by Japanese authorities upon landing” and that it would “hold those responsible appropriately accountable.”

On Sunday, the TSA’s unscheduled absence rate was 7.7%, compared to 3.2% on the same date in 2018. “Most importantly, security standards remain uncompromised at our nation’s airports,” said a TSA spokesman.

TSA employees are considered “essential,” and thus must work through the government shutdown, which is into its fourth week. 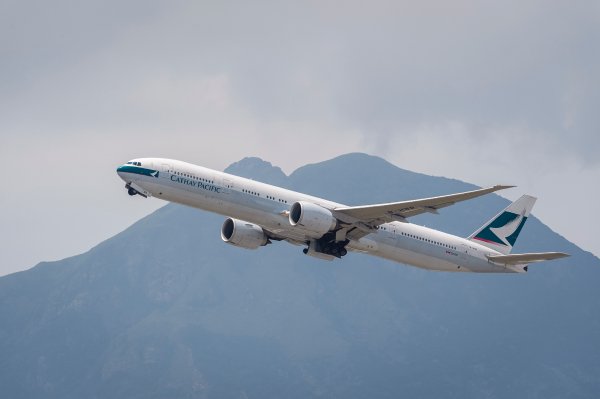