Nobel Prize-winning scientist James Watson, who helped discover the structure of DNA, was stripped of several honorary titles last week after his recent comments linking race and intelligence to genetics.

Speaking on a TV program which aired earlier this month, Watson reiterated his position that genes underlie racial differences on IQ tests.

“Dr. Watson’s statements are reprehensible, unsupported by science, and in no way represent the views of CSHL, its trustees, faculty, staff, or students,” the lab said in a statement posted on Friday. “The Laboratory condemns the misuse of science to justify prejudice.”

Watson first made his tendentious claims in 2007. He later apologized, but resigned as chancellor of the lab, according to the BBC.

The pioneer of DNA studies helped discover the molecule’s double-helix structure in 1953. He went on to win the Nobel Prize in 1962 with Maurice Wilkins and Francis Crick. But in 2014, Watson auctioned off his Nobel medal for $4.1 million, after years of being shunned by the scientific community.

Watson’s role as a persona non grata began after he told the U.K.’s Sunday Times that he was “inherently gloomy about the prospect of Africa” because “all our social policies are based on the fact that their intelligence is the same as ours — whereas all the testing says not really.” He added while he hoped all people could exhibit equal intelligences, “people who have to deal with black employees find this not true.”

In a new PBS documentary, the titan of genetics said that his opinions on the issue remain unchanged, adding that differences in IQ’s between Caucasians and other races were reflected in DNA.

Watson’s latest comments “effectively reverse the written apology and retraction [he] made in 2007,” the Cold Spring Harbor Lab said.

The biologist has not responded to the latest backlash and is reportedly in a nursing home recovering from a car accident in October. His son told the Associated Press that Watson currently has “very minimal” awareness of his surroundings. 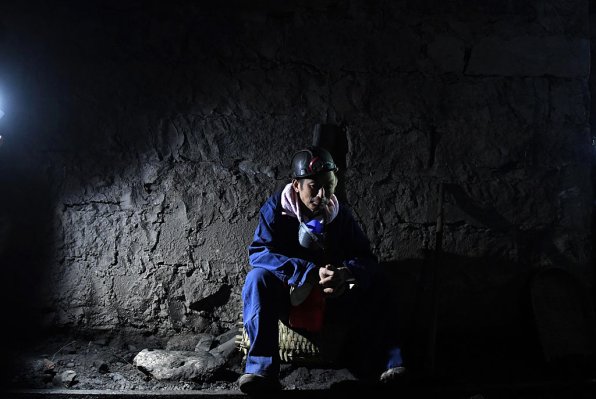