A Coal Mine Collapsed in China's Shaanxi Province, Killing 21 People

A rescuer waiting at the pithead of Jinshangou coal mine, where 33 miners were killed after a colliery explosion, in Yongchuan district of Chongqing, China on Oct. 31, 2016.
Stringer—AFP/Getty Images
By Eli Meixler

Twenty-one miners were killed when the roof of a coal mine collapsed in China’s northwestern Shaanxi province over the weekend, according to state media reports.

The Jan. 12 accident is the latest to hit China’s deadly coal industry.

At the time the roof gave way, 87 people were underground in the Kijiagou mine in Shenmu city. Sixty-six miners were initially rescued, but 21 remained trapped underground, according to the Global Times, a newspaper run by the ruling Communist Party. All of the missing miners were later found dead.

Authorities are investigating the cause of the accident, which was the deadliest reported so far this year, according to Reuters. Mining companies in other major Chinese coal-producing regions like Shandong and Henan were instructed to suspend operations for upcoming inspections, which will reportedly last until June. High-risk mines in nearby Shanxi province will also be inspected, Reuters reports.

China’s coal and other mining industries are notorious for frequent accidents and lax enforcement of safety regulations. China reported 375 deaths from coal mine accidents in 2017, a decrease of nearly 29% from the previous year, according to state-run news agency Xinhua.

Another deadly blast in Shaanxi last month killed five miners, according to Xinhua. In 2009, over 430 miners were trapped after an explosion in a mine in Shanxi province. An eight-day rescue effort ultimately saved 115 coal miners, many of whom suffered from carbon monoxide poisoning. Another 74 miners died in the incident. 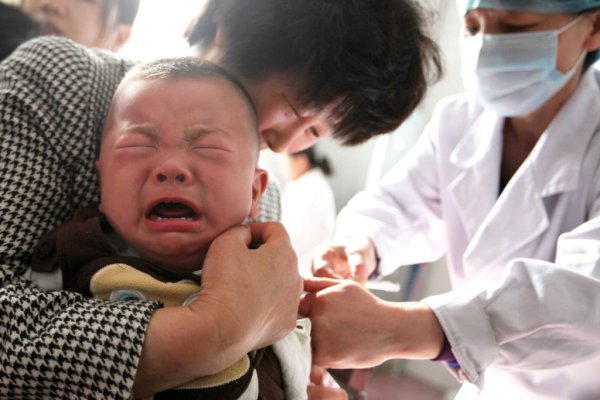 China Is Probing Reports of Expired Polio Vaccines
Next Up: Editor's Pick