A child receives a vaccination at a hospital in Huaibei in China's eastern Anhui province on July 26, 2018.
AFP/Getty Images
By Eli Meixler

Chinese authorities say they have opened an investigation into reports that over 100 children received an expired polio vaccine, the latest scandal over defective medication to roil the country’s embattled pharmaceutical industry.

At least 145 children received the vaccines at a country health clinic in China’s eastern Jiangsu province on Jan. 7 despite an expiry date of Dec. 11, according to Chinese state media. The children who were administered the vaccines were between three months and four years old, the South China Morning Post reported.

Enraged parents demonstrated outside the Jinhu government offices on Jan. 11, blocking traffic and government buildings, according to The Global Times, a newspaper published by the Communist Party. Three people were arrested during the protest, according to police.

Parents said the administration of expired vaccines has been a longstanding problem in their county, even if it only boiled over into a flashpoint issue this month.

In a statement released on Jan. 11, the local government blamed the expired vaccines on “disorderly management and staff misconduct” and promised to launch a separate investigation. It said 17 people have already been disciplined over the incident.

The People’s Daily, another state media outlet, called for a wider probe into possible medical misconduct. “Vaccines are a matter of life and death. They cannot afford mistakes,” the newspaper said.

The polio inoculations scandal is the latest blow to China’s pharmaceuticals industry, which has been riddled by a series of safety scares and is frequently treated with suspicion by Chinese consumers. In 2008, six children died and 300,000 became ill after drinking tainted milk powder formula.

Last year, Chinese vaccine maker Changchun Changsheng Biotechnology was hit with $1.3 billion in penalties and the loss of its manufacturing license after an investigation found that the company falsified inspection and production reports for some 113,000 rabies vaccines.

A separate drug regulator found that Changsheng had also distributed as many as 500,000 “substandard” DPT (diphtheria, pertussis, and tetanus) vaccines last year. More than 40 officials were were forced to resign or faced other disciplinary measures. 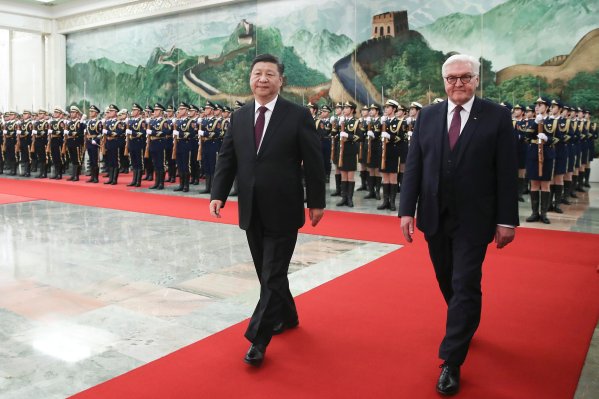 The China Trade War Comes Home
Next Up: Editor's Pick