Police suspect that a recent viral challenge inspired by the popular Netflix horror movie Bird Box was responsible for a car accident on Monday.

Authorities in Layton, Utah say that the 17-year-old girl who swerved into an oncoming vehicle before crashing into a light pole was participating in the ‘Bird Box Challenge’, According to a local news report.

“Bird Box Challenge while driving…predictable result. This happened on Monday as a result of the driver covering her eyes while driving on Layton Parkway. Luckily no injuries,” police tweeted Friday.

What is the ‘Bird Box Challenge’? It all started with the Netflix’ movie Bird Box in late December. The film, starring Sandra Bullock, is about a supernatural entity that causes people to kill themselves if they look at it. As a result, the main characters have to navigate the world wearing blindfolds in order to avoid their demise. Shortly after the release of the movie, some people started sharing images of them doing various tasks while blindfolded with the hashtag #BirdBoxChallenge.

Word of the challenge and the obvious dangers it was presenting reached Netflix fast. The company sent out a tweet on Jan. 2, urging people not to participate in the fad.

It would appear that not everyone is heeding the streaming service’s words. Police say the young woman in question had pulled her hat over her eyes while she was driving, which resulted in the crash. While nobody was injured, it’s safe to say that driving a car while blindfolded is definitely the opposite of a good idea. 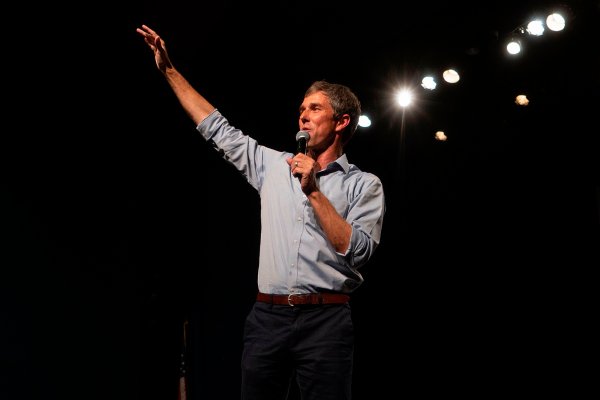 Not Everyone Wanted Beto O'Rourke's Live Updates From the Dentist Chair
Next Up: Editor's Pick