A Wisconsin man arrested in connection with the abduction of missing teen Jayme Closs and the murder of her parents is believed to have targeted the 13-year-old, who was found alive, authorities said Friday.

The arrest comes after Jayme was found alive on Thursday after she escaped from a home where she was being held and approached a woman who was walking her dog. The woman took Jayme to a neighbor whose house was nearby, who called the 911.

Patterson went to Jayme’s house with the intention of abducting her, authorities said.

“Jayme was the only target,” Barron County Sheriff Chris Fitzgerald told reporters at a news conference Friday. “[Patterson] planned his actions and took many proactive steps to hide his identity from law enforcement and the general public.”

Law enforcement officials said Patterson did not appear to have any previous contact with Jayme or her parents. It’s unclear if Jayme knew Patterson in any capacity. Patterson has no prior criminal record, according to Fitzgerald.

Jayme taken to a hospital where she was medically cleared and is being interviewed by authorities. 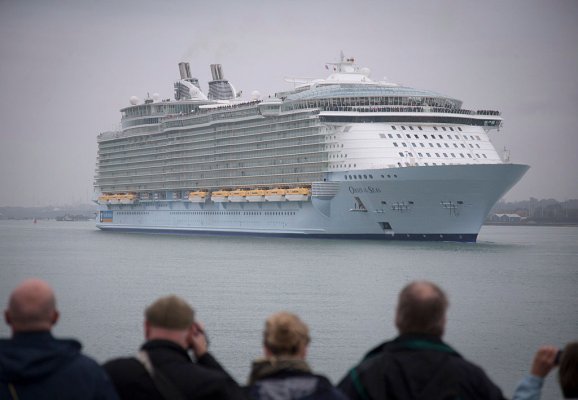 Royal Caribbean Cruise Returns to Florida Early After Hundreds Are Sickened With Norovirus
Next Up: Editor's Pick