Why Republicans Are Cautioning Trump Against Using Emergency Powers

President Donald Trump’s repeated threats to declare a national emergency in order to build a border wall have led to an unusually high amount of pushback from Republicans concerned about executive overreach.

As the partial government shutdown edged toward becoming the longest in U.S. history on Friday, Trump again said he may invoke broad emergency powers if House Democrats won’t agree to $5.7 billion in funding for the wall.

“I’m not going to do it so fast,” he told reporters at the White House Friday. “We want Congress to do its job.”

But the suggestion to use emergency powers ruffled the feathers of conservative members of Congress who frequently criticized Barack Obama for what they considered an overreach of executive powers and raised concerns among lawmakers who expect to serve under a Democratic president again eventually.

“I think its a bad precedent and it contravenes the power of the purse that comes from the elected representatives of the people,” Iowa Sen. Chuck Grassley said Friday on CNBC. “I don’t understand why there can’t be a compromise here.”

Republican strategists cautioned that the move could backfire even in the short term.

Alex Conant, who worked for Florida Sen. Marco Rubio’s presidential campaign, said some Republicans are already annoyed with Trump for reneging on his support for a spending bill that would have prevented the shutdown. He warned that invoking emergency powers could split “an already fragile congressional coalition.”

“It gets him through the current news cycle but it doesn’t solve any of his problems,” he told TIME.

Conservative donors have also spoken out.

Republican donor Dan Eberhart characterized Trump’s potential move as a “bridge too far.” “Weaponing a national emergency to achieve a policy objective is usually something that happens in banana republics, not George Washington’s republic,” he told TIME.

This matter is one of the few on which Eberhart is united with Democrats. His comments about the detrimental effects of executive power bore similarity to those of House Democratic Majority Leader Steny Hoyer earlier this week.

A major concern for Republicans in Congress is the precedent this would set for future budget standoffs. If Trump prevails with this approach, they note, there would be little to stop a future president from using similar the same maneuver to go around Congress on issues like climate change or gun control.

Even Republicans who are supportive of using these powers acknowledge that a Congressional negotiation is preferable, and that invoking them would inevitably lead to a protracted court fight. “I think everyone would rather a deal [with Congress],” said Brian Ballard, a Republican lobbyist and vice chairman on the Republican National Committee’s finance team. “But I don’t think a deal is possible.”

This notion of futility has also extended to some lawmakers. South Carolina Sen. Lindsey Graham had been trying to field a compromise between the two parties, only to come up short and determine the stalemate had no end date. Since Thursday, he has been urging the President to declare a national emergency to fund the border wall.

“Democrats will do everything in their power to defeat Trump in 2020,” Graham said in a statement after meeting with President Trump Friday. “Mr. President, declare a national emergency now. Build a wall now.”

With reporting by Philip Elliott/Washington 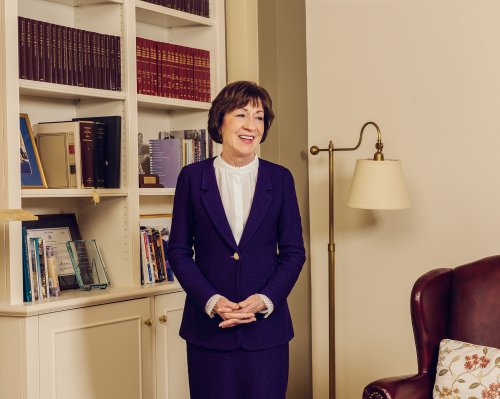 Susan Collins Is Trying to Stay in the Political Center. But That May Not Exist Anymore
Next Up: Editor's Pick