Ahead of a trip to McAllen, Texas, besides speaking to the media about his intention to build a wall at the U.S. Mexican border, President Donald Trump staunchly denied having temper tantrums.

It all began when Senator Chuck Schumer said that Trump threw a temper tantrum after a meeting with him and Speaker of the House Nancy Pelosi. In response, Trump called Schumer “Cryin Chuck” and said the reports were inaccurate.

“I don’t have temper tantrums, I really don’t,” he said. His defensive response seemed to practically invite the jokes from late night television, and Jimmy Kimmel wholeheartedly enjoyed tearing in.

That wasn’t the only material Kimmel had a field day with: while addressing his threat to declare a national emergency if he doesn’t get money for his wall, Trump talked about things being “peachy dory,” a seeming amalgamation of “hunky dory” and “peachy keen.”

Kimmel, for his part, got a movie pitch out of Trump’s new phrase.

“Peachy Dory, of course, is the new movie from Pixar,” Kimmel joked as a graphic of Dory with a Trump combover and a caption that read “From the Creator of The Lyin’ King.” 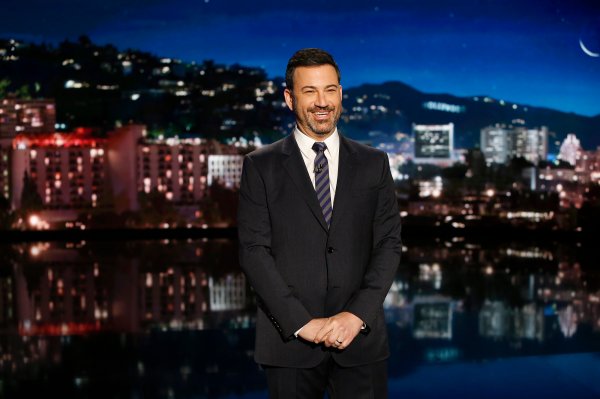 Jimmy Kimmel Crowns This 'In My Feelings Challenge' Fail the Viral Clip of 2018
Next Up: Editor's Pick