Flu Season Is Picking Up. Here's How Many People Have Already Gotten Sick

As many as 7.3 million people have already gotten the flu this season, according to the Centers for Disease Control and Prevention’s (CDC) first real-time flu severity estimates.

Though the flu is now widespread in about half of states, the 2018-2019 season got off to a relatively mild start, at least compared to the severe 2017-2018 season. Still, the CDC’s numbers show that influenza has already affected large numbers of Americans. The agency estimates that between 6.2 and 7.3 million people had been sick with the flu as of Jan. 5, and about half of them had seen a doctor because of it. As many as 83,500 people with the flu had been hospitalized by that date.

Death estimates for adults who contracted the flu are not yet available, but as of late December, the CDC said that about 6% of deaths nationwide were due to influenza or pneumonia. As of Dec. 29, 2018, 13 children had died from influenza this flu season.

The CDC’s latest report marks the first time the agency has provided relatively current estimates for the total number of influenza cases, doctor’s visits and hospitalizations during a given flu season. “These new in-season estimates fill out the picture of the burden of flu in the United States,” the agency said in a statement, adding that they will be updated weekly.

The flu is expected to affect more people, so the CDC is still recommending that people get a flu shot. To reduce the spread of illness, it also recommends that people stay home if they are sick, wash their hands frequently and avoid touching their eyes, noses and mouths. 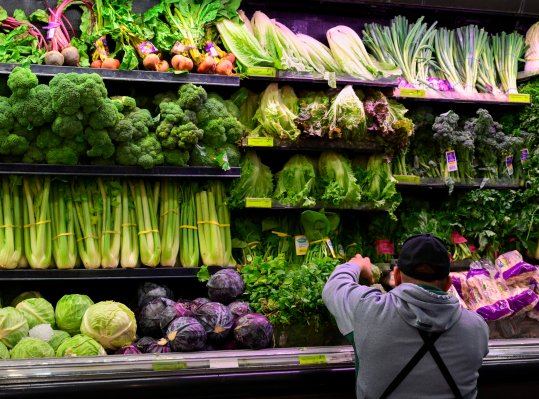 You May Be at Higher Risk of Eating Contaminated Food During the Government Shutdown
Next Up: Editor's Pick