Donald Trump has used all the powers of the presidency to make his case that there is an immigration crisis: shutting down the government, holding impromptu press conferences, giving a televised speech from the Oval Office and visiting the border.

But if he follows through on a threat to declare a national emergency in order to build a border wall, experts say he’s going to have to rely on facts and legal arguments — and the evidence is not on his side.

Andrew Boyle, counsel at the Brennan Center’s Liberty and National Security Program, says the misleading statistics and anecdotal examples of crimes Trump has made in public remarks won’t help in front of a judge.

“This president in particular is known for his untruths that he is willing to state in a public forum in support of his policies,” he told TIME. “But you obviously don’t have the same leeway to misrepresent facts to a federal judge and in the litigation than you have if you’re just the President speaking from your soapbox.”

On the legal side, Trump clearly has the authority to declare a national emergency, but only in the case of an actual crisis.

“I have the absolute right to declare a national emergency,” Trump told reporters as he was preparing to leave the White House for McAllen, Texas. “I haven’t done it yet. I may do it. If this doesn’t work out, probably I will do it. I would almost say definitely.”

Under the National Emergencies Act of 1976, presidents do have the authority to declare crises and act on them, but they have to justify their reasoning with existing statutes Congress has already approved. Experts at New York University’s Brennan Center have identified more than 130 he could argue — two of which, Title 10 U.S. Code § 2808 and Title 33 U.S. Code § 2293, are specific to appropriating funding to build structures essential to national security.

If Trump went through with it, there’d be little Congress could do to stop him.

Overriding the veto would require a two-thirds supermajority in both chambers of Congress, which is unlikely as long as most Republicans support the president.

That means the real threat to Trump’s proposal would come from a court challenge.

Since the shutdown began in late December, the Trump Administration has touted several statistics to suggest that there is an imminent national security crisis at the southern border.

“We know that roughly, nearly 4,000 known or suspected terrorists come into our country illegally,” White House Press Secretary Sarah Huckabee Sanders told Fox News, “and we know that our most vulnerable point of entry is at our southern border.”

But those numbers are misleading. As Fox News host Chris Wallace noted, the figure that Sanders cited referenced arrivals mainly at U.S. airports, and the Administration mostly stopped citing the figure after reports that government data might show as few as six or a dozen people on the watch list had been caught at the southern border.

Meantime, the rate of undocumented immigrants crossing the border is near historic lows: apprehensions along the border peaked around 1.65 million in 2000 and have been declining since, totaling less than 400,000 in 2018.

Trump himself has bragged that the border is more secure than in the past.

In December, he tweeted that migrant caravans from Central America were not able to enter the country thanks to “our newly built Walls, makeshift Walls & Fences, or Border Patrol Officers & Military,” adding that “our Southern Border is now secure and will remain that way.”

What is happening, according to Department of Justice figures, is an increase in Central American families traveling together through Mexico to seek asylum protection in the United States. As Randy Capps, a director of research at the Migration Policy Institute, previously told TIME: the wall is merely “a solution to a 10-year-old problem.”

Moreover, the fight over immigration is not new. Declaring a national emergency over it with little information to suggest the security situation has dramatically changed could prove difficult to defend in court.

“Immigration has been an issue for years and years in this country, and was an issue when a different party controlled the House of Representatives,” Boyle says. “So the idea that this is something that arose rapidly in the last few months and all of a sudden requires executive action without going through Congress doesn’t really pass the sniff test.”

He argued that the National Emergencies Act is designed to give the president flexibility in true emergencies, not just to get around the legislative branch during a dispute.

Russell Riley, a professor at University of Virginia’s Miller Center, told TIME he questions the use of emergency powers in this situation.

“This president, having been refused his policy preferences by directly approaching Congress, is contemplating an end run around the legislature on its most revered power, the power of the purse,” Riley said. “In the past, emergencies were declared that were widely recognized as such, commonly understood, and commonsensical. None of those are true in this instance.”

“We can’t always predict every circumstance which the executive will need these powers, but it’s also not supposed to be used just because you can’t reach a deal with Congress,” he said.

But Trump himself has undermined that case, arguing that he’ll declare a national emergency largely because Congress won’t give him the funding to build the wall in the budget bill.

“We’re either going to have a win — make a compromise — because I think a compromise is a win for everybody — or I will declare a national emergency,” he said Thursday. 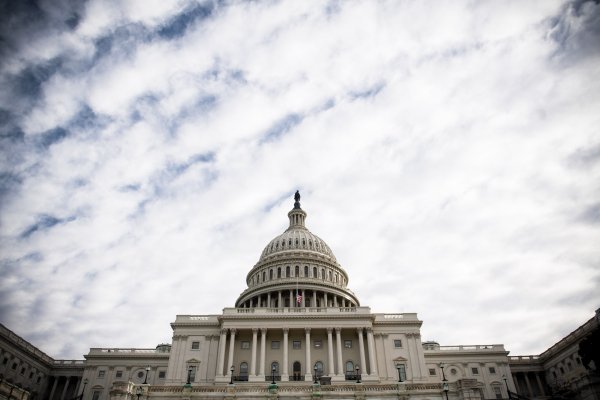