Scruggs, who pioneered a musical style known as the “Scruggs style” which became integral to bluegrass, died in 2012 at age 88. The animated Doodle shows off Scruggs’ fingerpicking playing style.

Google’s Doodle was timed to celebrate the anniversary of the 2014 opening of the Earl Scruggs Center in Shelby, N.C. The Scruggs Center is dedicated to celebrating Scuggs’ life and helping to educate people about the North Carolina musical traditions that gave rise to Scruggs’ talent.

“I very much admired the fact that my Dad was not only a world-class musician, but was also willing and eager to teach his musical skills to anyone asking his advice.”

Scruggs was born in North Carolina in 1924, where he grew up playing the banjo. His musical career would span some six decades, winning him four Grammy awards and a star on the Hollywood walk of fame. 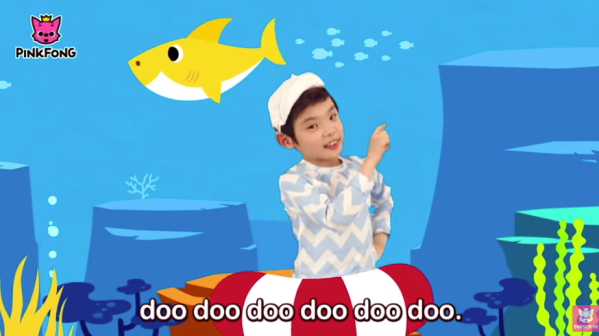 Here's How "Baby Shark" Swam to Billboard Chart Status
Next Up: Editor's Pick