Missing Wisconsin Girl Jayme Closs Didn't Know Where She Was When She Asked for Help, Neighbor Says

The neighbor who dialed 911 after missing Wisconsin teen Jayme Closs showed up at her door asking for help described how the girl seemed in shock and didn’t know where she was.

Kristin Kasinskas says Jayme and a neighbor arrived at her house Thursday in an area east of the town of Gordon, Wisc. The 13-year-old was reported missing from her home in October after police found her parents dead. Gordon is about 65 miles north of the town where she went missing.

“This is Jayme Closs! Call 911!” the neighbor said, according to the Minneapolis Star Tribune.

Kasinskas told NBC’s Today show Friday that she and her husband recognized Jayme immediately from the numerous pictures and billboards spread throughout the area following her disappearance.

“She seemed kind of in shock and kind of timid,” Kasinskas said. “She looked thinner than her pictures. I would describe her looking kind of unkempt.”

Jayme has been missing since her parents, James and Denise Closs, were discovered shot to death in their home on Oct. 15 near Barron, Wisc. Police conducted extensive searches to find Jayme, including an effort to recruit 2,000 volunteers for a ground search on Oct. 23.

Kasinskas said Jayme gave the name of the person who she believed had abducted her, along with a little information about that person’s car. She was not aware of where in Wisconsin she was when she was found.

Kasinskas said she recognized the name Jayme mentioned, she did not know know the person. Barron County Sheriff Chris Fitzgerald said a suspect had been taken into custody in a Facebook post Thursday.

Jayme appeared to be “very calm,” according to Kasinskas. She refused offers of food and drink from the couple, but took a blanket.

“It wasn’t like she was scared of us,” she said. “She wasn’t crying or upset.”

Fitzgerald said Jayme would be reunited with her family on Thursday. Authorities have not as yet released further details. 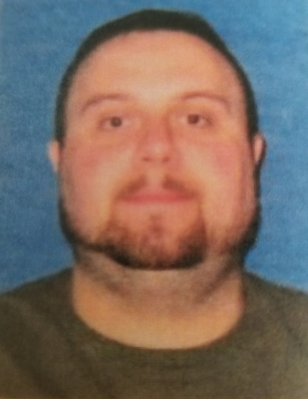 The FBI Is Looking for an Armored Truck Driver Who Disappeared Along With $850,000
Next Up: Editor's Pick