Detained Reuters journalist Kyaw Soe Oo is escorted by police out of a court in Yangon, Myanmar on Aug. 27, 2018.
Aung Kyaw Htet—AFP/Getty Images
By Eli Meixler

A court in Myanmar has denied an appeal by two imprisoned Reuters reporters, ruling on Friday to uphold the seven-year prison sentences they were dealt in a case that has garnered global attention and seen as a major blow to press freedom in the Southeast Asian nation.

Wa Lone, 32, and Kyaw Soe Oo, 28, were arrested in December 2017 after being handed rolled-up documents by police in what was widely decried as a setup. They were charged under the country’s colonial-era Official Secrets Act and sentenced in September to seven years in prison with hard labor.

The pair had been investigating allegations of atrocities committed against the country’s persecuted and mostly stateless Rohingya Muslim minority, and their imprisonment widely viewed as a reprisal for exposing a massacre of 10 Rohingya men found in a mass grave.

Their lawyers filed an appeal in November.

Judge Aung Naing rejected the appeal, calling the original judgement a “reasonable decision,” according to Agence France-Presse. The journalists can now appeal their case to Myanmar’s Supreme Court.

“Today’s ruling is yet another injustice among many inflicted upon Wa Lone and Kyaw Soe Oo,” Reuters Editor-in-Chief Stephen J. Adler said in a statement. “They remain behind bars for one reason: those in power sought to silence the truth.”

More than 700,000 Rohingya have fled Rakhine for neighboring Bangladesh since August 2017, when Myanmar’s military launched a brutal crackdown following attacks by Rohingya militants. Civilians arrived in crowded refugee camps with harrowing accounts of murder, rape and arson, and a U.N. Fact Finding Mission has called for Myanmar’s military chiefs to be investigated for war crimes including genocide.

In a rare admission, Myanmar’s military conceded its soldiers were behind the massacre Reuters was investigating. The trial against the Reuters reporters has been widely denounced as a farce, with a police officer testifying that he was instructed to “entrap and arrest” the journalists. Another claimed to have burned the arrest notes.

The verdict also drew condemnation from international figures including Vice President Mike Pence, and has put pressure on the civilian administration of de facto leader and Nobel laureate Aung San Suu Kyi. In a statement, the European Union called Friday’s decision “another setback to media freedom, the public’s right to information and the rule of law in Myanmar.”

Wa Lone and Kyaw Soe Oo have received numerous journalism awards while in detention, including at the Foreign Press Association Media Awards last month. They were also featured among TIME’s 2018 Person of the Year coverage of journalists who faced harassment, imprisonment and even death in pursuit of their work this past year. PEN America, which honored the pair wth a PEN/Barbey Freedom to Write Award last year, called Friday’s decision a “travesty of justice,” calling on Suu Kyi’s government to intervene and pardon them.

Reporters Without Borders, also known by the acronym RSF, echoed the call.

“Everything about this case, both the substance and its conduct, called for their convictions to be overturned, but Myanmar’s justice system has shown its determination until the very end to punish Wa Lone and Kyaw Soe Oo,” RSF Asia-Pacific desk head Daniel Bastard said. “We now call on its highest political officials to pardon these journalists as quickly as possible so that they can be reunited with their families.” 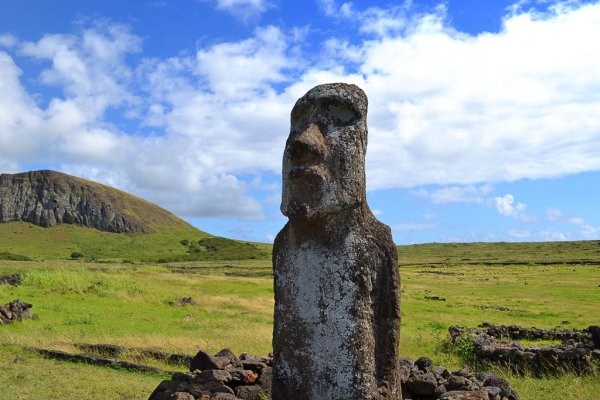 Scientists May Have Solved One of Easter Island's Mysteries
Next Up: Editor's Pick