Women Die From Heart Attacks More Often Than Men. Here’s Why — and What Doctors Are Doing About It

Lilly Rocha was 37 years old in 2008 when she began having strange symptoms. When people asked her questions, she knew the answers but couldn’t articulate them. A tingling sensation on her left breast became painful. She thought she might have breast cancer, but her doctor assured her she was just experiencing stress from her demanding job. Her symptoms continued to get worse, and doctors continued to dismiss her. Three months later, at work, she became seriously ill.

Luckily, her boss recognized the symptoms—chest and jaw pain and numbness in her left hand—and drove her to the nearest emergency room, where Rocha was told to wait. But in the waiting room, she had a heart attack—a massive one. “I was never overweight, I exercised regularly and was a healthy eater, but I knew nothing about the signs and symptoms of a heart attack or how women are often dismissed as being exhausted and hysterical when seeking medical help,” says Rocha. “Women need to know that 80% of heart disease is preventable, and they need to educate themselves.”

Cardiovascular disease (CVD) is the number-one cause of death in both men and women. Statistics from the American Heart Association (AHA) show that one woman every minute dies from heart disease in the U.S. An estimated 44 million American women are affected by CVD, and 90% have one or more risk factors for it.

The good news is that 80% of heart attacks and strokes can be prevented by lifestyle changes, but when heart attacks do occur, fewer women than men survive the first attack. That’s largely because heart-disease symptoms in women can be different from those in men—and even some physicians misread the subtleties.

Before 1987, more men than women died of heart disease because of a variety of differences between the sexes in biology and health habits. The gap then narrowed because of the reduction in death rates among men, and women even began to surpass men in heart-disease deaths. After some leveling off, by 2017, men and women were dying at similar rates from heart disease.

The rise in deaths related to heart disease in the late 1980s coincided with the entry of women into the workforce in equal numbers as men. But when women went to work, their traditional roles in the home didn’t change. “There was just added stress, pressure and challenges, with women tending to put themselves last and pay attention to their own needs less,” says Dr. Suzanne Steinbaum, director of cardiovascular prevention, health and wellness at Mount Sinai in New York City and a volunteer medical expert for the AHA’s Go Red for Women movement. Other experts say there is no evidence that women who work have more heart attacks than women who don’t.

Either way, research does show that primary-care physicians and cardiologists were not recognizing heart disease in women, and now leaders in the field are working to come up with sex-specific diagnostics and treatment so that women can optimize CVD treatment. “Historically, research and innovation in heart disease was for men and by men, and women were left by the wayside to die,” says Dr. Noel Bairey Merz, director of the Barbra Streisand Women’s Heart Center in the Smidt Heart Institute at Cedars-Sinai in Los Angeles.

Dr. Nanette Wenger, professor of medicine in the division of cardiology at Emory University in Atlanta, says the game changer came in 2015 with the Research for All Act, a congressional bill that requires scientists to conduct National Institutes of Health–funded research using both male and female animals, cells and people. Wenger says it will take several years to get information that will have major impact on how heart research affects women, but already researchers are concluding that women’s hearts are physiologically more complicated than men.

Dr. Sharonne Hayes, founder of the Mayo Clinic Women’s Heart Clinic, says that in the late 1980s when she was in cardiology training, she was taught that heart disease was very uncommon in women. Several large heart-disease studies excluded women, and it wasn’t until the Women’s Health Initiative began in 1991 that it started to become clear that the body of knowledge that did exist was applicable mostly to men. Sometimes that knowledge worked when applied to women, and sometimes it didn’t.

Numerous studies conducted in the 1980 and 1990s didn’t specifically exclude women but often had requirements that made the sample group overwhelmingly male, like excluding women of reproductive age. Additionally, many studies wanted people with few or no additional diagnosed medical problems, and women tend to have more than men.

At the same time this was happening, women were becoming increasingly vigilant about breast-cancer detection and prevention, which was a good thing, but it also led them to conclude that other dangers were less likely and less serious. The fact, however, is that currently, 1 in 3 women who die each year is claimed by heart disease, compared with 1 in 30 for breast cancer. All the same, in a survey conducted by the AHA, only 13% of women said heart disease was their greatest personal health risk.

“Being aware of the problem is the first step toward better outcomes, and we still have to raise awareness,” says Dr. Mary Rosser, director of integrated women’s health at NewYork-Presbyterian/-Columbia University Irving Medical Center.

Women need to know that there are things they can control to help reduce risk for heart disease. For starters—again and always—don’t smoke. Smoking even a small number of cigarettes a day doubles the risk for heart attack, and exposure to secondhand smoke also increases risk. Moderately intensive exercise, like brisk walking for at least 30 minutes each day, will reduce risk, as will small changes such as climbing stairs instead of taking elevators and walking instead of driving. A healthy diet of whole grains, fruits and vegetables, nuts, poly- and monounsaturated fats and fatty fish (like wild salmon) will help reduce risk factors. Foods with refined sugars should be limited, as should processed foods and trans fats. Reducing stress through exercise, adequate sleep, relaxation techniques and meditation also helps.

Self-monitoring is also important. Women (like men) should keep track of their blood pressure and cholesterol levels and know their family histories. And women who are or have been pregnant have other variables to consider. Complications of pregnancy such as preeclampsia or persistent high blood pressure can put a woman at higher risk for CVD. So does preterm delivery or polycystic ovarian syndrome (PCOS), a problem caused by an imbalance of reproductive hormones in the ovaries.

Menstrual history plays a role too. Women who began to menstruate before age 10 or after age 17 appear to be at higher risk. The same is true for women who undergo early menopause. While heart disease can occur at any age, it tends to increase in women around or after menopause; women who stop menstruating comparatively young, therefore, face more years of increased risk.

Other less common conditions are also linked to increased cardiac risk, according to the American College of Cardiology. CVD that affects the smaller arteries supplying the heart is usually due to dysfunction of the arteries and not complete blockages. Women, who have smaller hearts than men, are likelier to have this smaller-artery disease, known as microvascular endothelial dysfunction. Standardized tests, however, aren’t designed to diagnose the condition.

Spontaneous coronary artery dissection (SCAD), or a tear in the heart, is not common and affects mostly women: 90% to 95% of SCADs occur in women, and 5% to 10% occur in late pregnancy or soon after giving birth. Autoimmune diseases such as lupus or rheumatoid arthritis can be linked to heart disease. For men and women, chemotherapy and radiation treatments to parts of the body close to the heart, like the breasts, can also damage the cardiac system.

Women can even have different symptoms of heart attacks and heart disease than men. They tend to experience slightly more nausea, vomiting and shortness of breath than men do when they’re suffering from heart disease, and when they have a heart attack, women are less likely to have the classic feeling of chest pain that’s associated with the event. Often, they describe a more subtle pressure or tightness, not full-blown chest pain, according to the Mayo Clinic, because their smaller arteries are more likely to be affected. These variations may be why doctors can miss signs of heart distress in women.

The relative absence of women in cardiology hasn’t been conducive to making the field better attuned to women’s heart health. More recently trained physicians may understand more about women and heart disease than older ones, says Hayes, who notes that during her training, textbooks, research and clinical practices were designed for and by men. When the same treatments were applied to women, they didn’t work. “It was assumed that all we needed to do to diagnose and care for women with heart disease was apply the results of research performed on men to women—and now we know that approach frequently does not serve women well,” says Hayes.

Interestingly, and of note for people with heart disease and any other medical concern, several recent studies, including a well-known one from Harvard, have shown that female physicians often come out ahead of men in their success rates in treating patients. Of more than 1.5 million hospitalized Medicare patients, including many with heart disease, those who were treated by female physicians were less likely to die or be readmitted to the hospital than those treated by male physicians. Another study of more than 580,000 patients admitted to emergency rooms in Florida over two decades found that death rates were lower when female and male patients were treated for various illnesses, including heart disease, by female emergency-department physicians.

Merz stresses that women need to pay attention to their bodies and be their own best advocates. She notes the importance of getting second opinions when women feel they are not being heard or have been incorrectly diagnosed. They also need to look for doctors who will have the time and energy to listen. Increasingly, specialized women’s heart centers are being established to give women the best possible treatment available. “We teach our colleagues in the emergency department that any indication of any acute abnormal symptoms from the jaw to the umbilicus could be a sign of heart disease,” says Steinbaum.

Every woman can do much to help improve cardiac health for all other women. Hayes encourages participation in all types of cardiovascular (and other) research. Healthy women can serve as “healthy control” subjects in all types of cardiovascular research, and women with heart disease who participate in clinical studies can help advance the science and in the process may benefit themselves. “We’ve come a long way, but we have a long way to go, and women need to be heard and advocate loudly for better research, treatment and outcomes,” says Hayes. 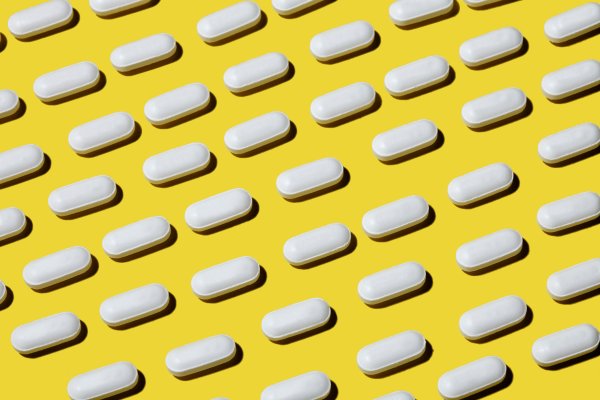 Scottish Woman Feels No Pain Because of Genetic Mutation
Next Up: Editor's Pick