This Is Now the Longest Government Shutdown in U.S. History

As the ongoing partial government shutdown enters its 22nd day, it has set a new record for the longest shutdown in U.S. history.

The current shutdown began on Dec. 22, meaning the government has been closed for a full 21 days and counting.

The previous record-holder for longest shutdown was an incident at the end of 1995 and beginning of 1996, under former President Bill Clinton. The government remained closed for 21 days when Clinton and Congressional Republicans disagreed about how to balance the country’s budget.

This time, the government partially shut down after President Donald Trump refused to sign any spending bill that did not include $5 billion for a wall along the U.S.-Mexico border. Talks dissolved between the White House and Congressional leaders, leaving a number of federal agencies without funding.

Since then, Democrats, who took control of the House of Representatives at the start of this year, have tried to pass legislation to reopen the government. But the President has not changed his position and they have been unable to reach a deal.

Trump has suggested he would keep the federal government partially shut down for “months or even years” if he does not get funding for his border wall, and threatened on Thursday to declare a national emergency to go around Congress if necessary.

The government shutdown is already affecting about 800,000 workers and many Americans who rely on government services. So far, the shutdown has meant that national parks are filling up with trash and many are closed, that some government loans and grants are not being processed, that Coast Guard members and others have been forced to work without pay, and that the Food and Drug Administration has stopped its routine food safety inspections, among other consequences.

Many federal employees would have been paid on Friday under normal circumstances, but have now missed that paycheck.

If the shutdown continues, federal district courts could run out of funds to operate and, by the end of this month, federal workers could miss a second paycheck. By February, there would be even more serious consequences, as many agencies would need to develop longer-term plans for how to operate with limited staff and no funding.

This is not the first long shutdown in the country’s history. The government has partially or completely shut down 21 times in the last four decades since the modern method of budgeting began.

But shutdowns were once not this serious. Before the 1980s, the government continued operating even if Congress didn’t pass funding bills on time, according to The New York Times. The then-U.S. Attorney General passed new guidelines in 1980 and 1981 saying the government had to stop spending money unless it had actual appropriations.

Many of the shutdowns since then have lasted just a few days, or even a few hours in the case of a shutdown last February. But with the precedent set in 1995, and now President Trump’s demands, significant chunks of the government will remain closed until an agreement is reached. 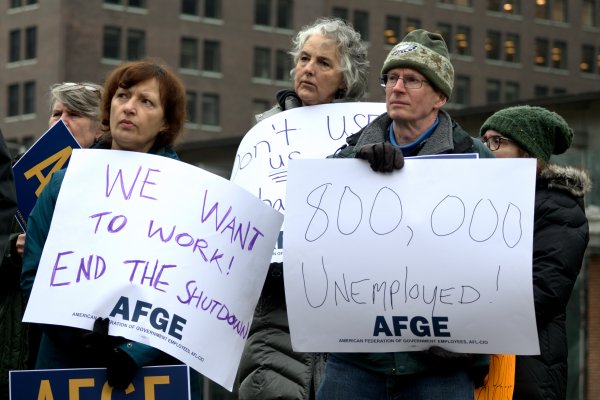