The Queen Just Handed Over 2 Royal Duties to Meghan Markle. Here's What to Know

Her grandmother-in-law, the Queen, has given her not one, but four shiny new gigs, Kensington Palace announced Thursday morning in a series of tweets.

As royal patron of the National Theatre, Markle will pick up the Queen’s mantle by focusing on the arts, a field the former Suits star knows a thing or two about.

The National Theatre aims to “make world class theatre that is entertaining, challenging and inspiring for everyone and to be as inclusive, diverse and national as possible,” according to the Palace.

The Association of Commonwealth universities network represents higher education across all 53 Commonwealth countries, which squares nicely with the memorable speech she delivered during her whirlwind royal stop in Fiji in October. Her focus: the importance of education, particularly for women.

As for her other two official new royal patron roles, it looks like they’re uniquely suited to Markle’s causes, as the Palace puts it.

On the furry friends side, Markle becomes the royal patron of The Mayhew, an organization dedicated to animal welfare for pets.

And the Duchess’ passion for women’s empowerment will come in handy with her work for Smart Works, an organization that provides support for long-term unemployed women who want to return to work.

Meghan, Duchess of Sussex reacts as she looks at bags with Lady Juliet Hughes-Hallett during her visit to Smart Works on January 10, 2019 in London, United Kingdom. Smart Works is one of the four organizations which she has become Royal Patron of it was announced today by Kensington Palace. The three other organisations are The National Theatre, The Association of Commonwealth Universities (ACU) and Mayhew. (Photo by Clodagh Kilcoyne - WPA Pool/Getty Images)
WPA Pool—Getty Images

Markle has already met privately with each of these organizations.

These new responsibilities come eight months after Markle officially joined the royal family when she tied the knot with Prince Harry at the widely watched royal wedding in May.

This will not be the first time Markle is pitching in to lend a hand.

After becoming a member of the royal family last year in September, Markle released the cookbook Together with women of the Hubb Community Kitchen, a group of displaced Londoners who banded together to cook for their families and neighbors in the aftermath of the 2017 Grenfell Tower fire.

Previously, Markle has served as a U.N. Women’s Advocate, Global Ambassador for World Vision and advocated for better access to feminine hygiene products in developing nations.

Kate Middleton, Markle’s sister-in-law, received her first royal patronage for the Royal Foundation in October 2011, six months after she tied the knot with Prince William, Duke of Cambridge. She has taken on more charity work on her plate since.

Meghan Markle is expected to give birth to her first baby this spring.

More information about Meghan Markle’s new patronages can be found on the royal family’s website. 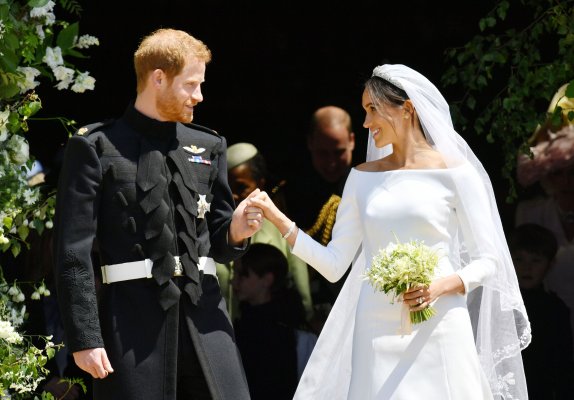 The Royals Just Shared Their Favorite Moments of 2018
Next Up: Editor's Pick