By Jennifer A. Dlouhy / Bloomberg

(Bloomberg) — President Donald Trump nominated Andrew Wheeler to head the EPA on Wednesday, seeking to elevate the former coal lobbyist who has led the agency on an acting basis for six months.

Trump praised Wheeler in November for having “done a fantastic job” as acting administrator of Environmental Protection Agency following the July 2018 resignation of the agency’s scandal-plagued former chief, Scott Pruitt.

The nomination now heads to the Senate, which narrowly confirmed Wheeler for his current job as the EPA’s deputy administrator last April by a vote of 53-45, amid complaints from Democrats and environmentalists that his energy-heavy roster of former lobbying clients could pose conflicts at the agency. Wheeler has vowed to steer clear of decisions affecting former clients, but those concerns are likely to figure prominently in a new round of Senate confirmation hearings and votes.

Senator John Barrasso, a Republican from Wyoming who heads the committee that oversees the EPA and is responsible for vetting Wheeler’s nomination, said in a statement that he would work with committee members toward Wheeler’s confirmation. Wheeler “has done an outstanding job leading EPA and is well qualified to run the agency on a permanent basis,” Barrasso said.

Wheeler, a politically savvy former energy lobbyist and Republican Senate aide, shares Trump’s approach to environmental regulation — and his commitment to easing Obama administration regulations governing climate change and pollution. But he has moved more methodically than Pruitt to pursue it.

He also has cultivated a relationship with EPA staff, repeatedly invoking his own deep history with the agency in a bid to forge ties with career employees.

Wheeler said he was “honored and grateful” for the nomination.

“For me, there is no greater responsibility than protecting human health and the environment,” Wheeler said in an emailed statement. “I look forward to carrying out this essential task on behalf of the American public.”

Environmentalists immediately blasted the move, with Brett Hartl, government affairs director of the Center for Biological Diversity, saying “the only thing Wheeler is going to protect at the EPA is the profits of polluters.”

“I’m sure corporate board rooms will celebrate this nomination,” Hartl said by email. “But for anyone who drinks water, breathes air or cares about wildlife, this will be nothing but awful.”

Unlike Pruitt, Wheeler has avoided the limelight, instead working doggedly behind the scenes to advance policy priorities. With Wheeler at the helm, the agency has already sought to ease Obama-era limits on carbon dioxide from new coal plants and has proposed changes that could make it harder to toughen mercury emissions standards at the facilities.

Wheeler’s professional life has been tethered to the EPA, beginning in 1991, when he was hired for a non-political job focusing on toxic chemicals. After four years working at the EPA under Presidents George H.W. Bush and Bill Clinton, he shifted to Capitol Hill, working for Republicans on the Senate Environment and Public Works Committee, including Oklahoma Republican James Inhofe. 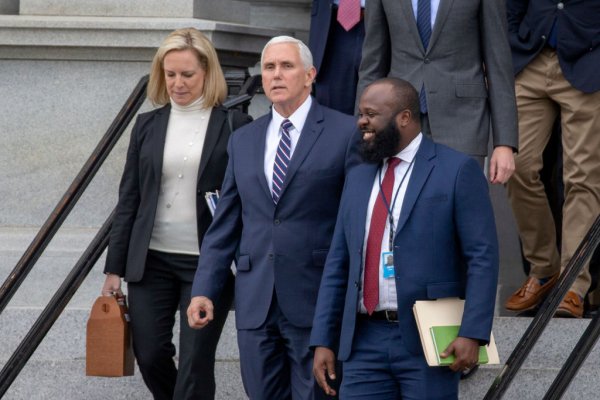 Here Are the White House's Demands to End the Shutdown
Next Up: Editor's Pick