Investigators and lawyers in at least two states are seeking more information about allegations against R. Kelly, after a new documentary series reignited interest in reports of the R&B singer’s alleged sexual misconduct and other illicit behavior.

The Fulton County District Attorney’s Office in Georgia has asked attorney Gerald Griggs, who represents one of the women featured in the series, Jocelyn Savage, for a list of witnesses and phone numbers related to events that were alleged to have occurred at Kelly’s home in Johns Creek, Georgia, in 2017, a spokesperson for Griggs’ law office told TIME.

Chris Hopper, a spokesperson for the Fulton County DA’s office, had no comment on whether or not an investigation into Kelly is indeed underway.

Meanwhile, in Illinois, Cook County State’s Attorney Kim Foxx requested that anyone who believes they have experienced abuse by Kelly to reach out to her office. She said that so far, families of two alleged victims have come forward.

“In order to have an investigation we have to have victims and witnesses who are willing to come forward with information,” Foxx said. “Allegations of domestic violence or sexual assault require someone to say what they have seen, heard or experienced.”

In Surviving R. Kelly, a six-part series that aired on Lifetime Jan. 3-5, survivors and people who worked with the singer shared their stories of Kelly allegedly sexually preying on underage girls and holding women captive in his homes, among other details. Families who have tried to rescue their daughters whom they say Kelly has taken captive also appeared in the series.

An attorney for Kelly did not immediately respond to TIME’s request for comment.

Kelly’s Chicago-based lawyer, Steve Greenberg, dismissed the claims raised in the series in an interview with Billboard, casting them as “another round of stories” used to “fill reality TV time.” Greenberg on Wednesday told WGN-TV that the allegations are “made up.”

“There are no underage women, there is no sex cult, it’s all some reality TV made up story,” Greenberg said. “No one has ever seen any evidence of it. There are no photos of him with these women. There’s no anything.”

Investigators’ quieries come as the Lifetime series adds a new dimension to the sexual abuse allegations Kelly has faced for the better part of his nearly 30-year career. In 2002, he was arrested after a video surfaced appearing to show him having sex with and urinating on a 14-year-old girl. Both Kelly and the girl denied that the video depicted them, and no assault charges were ever brought against Kelly as a result of the tape. Rather, he was acquitted on child pornography charges in 2008.

Activists and reporters have for years tried to bring light to Kelly’s alleged actions. A BuzzFeed report published in 2017 from Chicago music critic Jim DeRogatis, who has investigated Kelly for more than a decade, renewed public interest in allegations against the musician. Through interviews with family members and former members of the Kelly’s inner circle, the report alleged that the singer kept at least six women in a “cult” across his properties in Chicago and Atlanta. Parents of the women involved said at the time that they had attempted to get their daughters out of Kelly’s homes, accusing him of controlling their eating habits, how they engaged in sexual activity and ruling over when they take baths or sleep.

Kelly has repeatedly denied the allegations. His albums continued to top charts while he was on trial for child pornography, and many of his hit songs, like “I Believe I Can Fly” and “Ignition (Remix),” are still played widely. 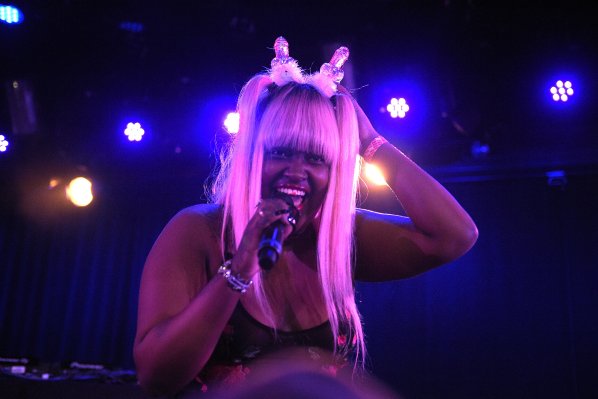