Women in the U.S. Are Having Fewer Babies—Especially Here

U.S. fertility rates are relatively low from coast to coast, according to new data from the Center for Disease Control and Prevention’s National Center for Health Statistics (NCHS).

The report looked at total fertility rates, or the number of children that a group of 1,000 women could be expected to have over their lifetimes given current age-specific birth rates. As of 2017, women in only two U.S. states — South Dakota and Utah — were having children at rates high enough to sustain existing population levels, the researchers found.

Fertility rates, however, may not tell the whole story. They’re based on a snapshot of current birth rates by age, so numbers can be driven down by high numbers of women having children at older ages. Research has shown this to be the case in the U.S., with the teen birth rate tumbling and more women getting married and starting families later in life.

But analyses based on other metrics — like total lifetime births, which gives a long-term view of childbirth trends — have suggested that women today may not be having fewer children; they may simply become older mothers than women in decades past.

Still, while the majority of U.S. women continue to have babies, conventions are changing. Stigmas about new ways to have babies and decisions not to do so at all are beginning to weaken, while global conditions are contributing to new anxieties about reproducing. Financial insecurity, fears about the future and challenges associated with childcare are also motivating some women to hold off, according to a recent New York Times survey. 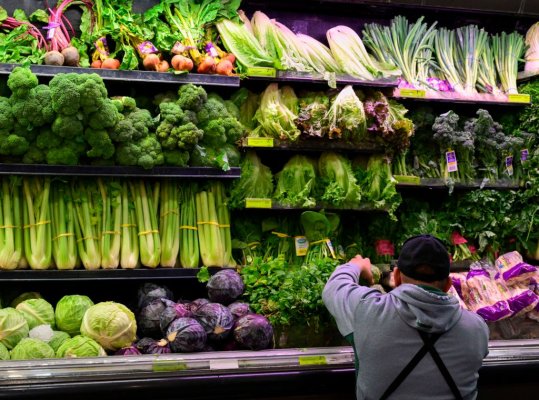 The Romaine Lettuce E. coli Outbreak Is Officially Over
Next Up: Editor's Pick