A Japanese tabloid has apologized after it caused outcry by ranking universities on how easily men can acquire the female students and coerce them into having sex, BBC reports.

In a December 25 issue, the weekly magazine Spa! ran an article about gyaranomi, drinking parties where men reportedly pay women to attend. The article claimed these parties are popular with female college students and interviewed the developer of an app that helps men scout out women to come to the parties. It also listed five universities where girls are “easily available” and suggested ways men can “coax” the students into having sex, according to BBC.

The magazine’s article provoked outrage online. One woman launched a change.org petition calling for the article to be retracted and accused the publication of “sexualizing, objectifying and disrespecting women.” Her campaign had garnered almost 40,000 signatures as of Tuesday night.

In response to the criticism, the magazine backtracked over its wording. “We would like to apologize for using sensational language to appeal to readers about how they can become intimate with women and for creating a ranking… with real university names… that resulted in a feature that may have offended readers,” the magazine said in a statement reported by BBC.

“On issues that involve sex, we will do what we can as a magazine to listen to various opinions,” it added.

Kazuna Yamamoto, who launched the online petition, told Japanese media she was pleased to see her objections to the tabloid article and others like it were being taken seriously.

“I would like to fight so that especially on public articles such as this one, sexualizing, objectifying and disrespecting women would stop,” her petition said, according to BBC’s translation. “We demand Shuukan Spa to take this article back and apologize, and promise to not use objectifying words to talk about women.”

Sexism runs deep in Japan, where the #MeToo movement has been slow to gain traction. The country ranks 110 out of 144 on the World Economic Forum’s Global Gender Gap Index, and last year, a government investigation found medical schools were systemically rigging exam scores to limit female admissions. 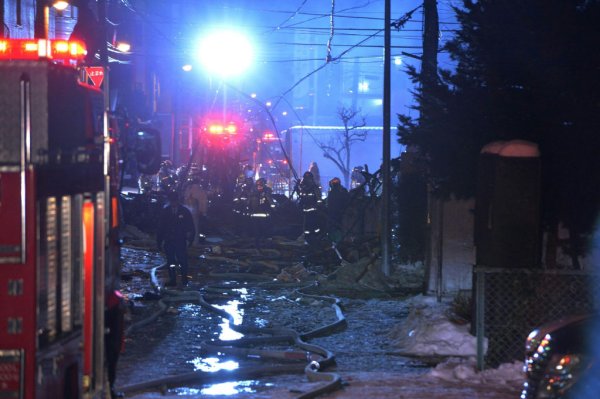 Suspected Gas Explosion Injures 42 in Japan
Next Up: Editor's Pick