Speaking side-by-side from behind a single podium, the Democratic leaders accused Trump of “manufacturing” an immigration crisis and called on him to re-open the government. While the shared staging was perhaps intended to convey Democrats’ solidarity against Trump’s immigration policies, many social media pundits were distracted by its “bizarre-looking, two-headed” optics, and they weren’t shy about sharing their feedback.

Some noted that the doubled delivery made Pelosi and Schumer look like admonishing parents, and the jokes piled on.

Other commenters made reference to the ongoing government shutdown, suggesting the single-podium setup was the result of scant federal funding.

The comic merit of the Democrats’ speech is likely to persist, Twitters users noted, offering an image for satirists that may be too good to resist. 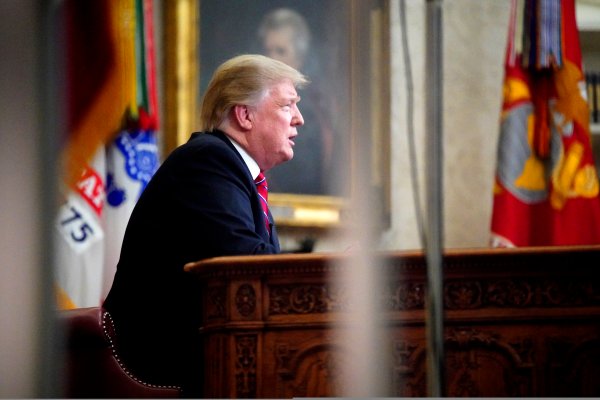 Here Are the Facts Behind Trump's Border Claims
Next Up: Editor's Pick